Faceless in the crowd 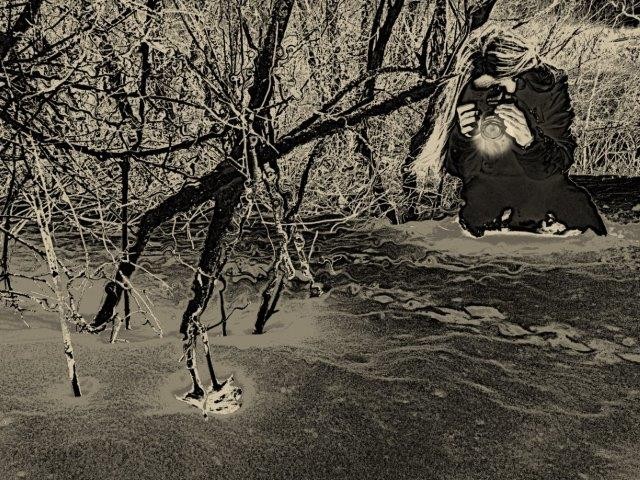 Overlooked in disbelief, financially insecure and emotionally overcome, people with invisible disabilities remain faceless in a crowd. Many suffer in silence for fear of discrimination. Falling through the cracks of society, they are virtually impossible to spot because they look “normal.” Like a cover on a book, they are judged from the outside, yet are screaming inside for help and understanding. Awareness of invisible disabilities must be spread in order to create a just society.

An invisible disability is a hidden illness that does not require the use of visible assistive devices. People with invisible disabilities are often accused of being paranoid or faking symptoms because they “look fine.” With emotional and physical pain they struggle to keep up with society and act “normal.” The disbelief they encounter is heightened by those who fake their illnesses, discrediting those whose disabilities are all too real.

Facing hopelessness, homelessness, unequal pay, unemployment, inaccessibility to treatment and a lack of understanding from government agencies and health-care and insurance providers, people with invisible disabilities are often left on their own to survive. With everything taken away, many commit suicide as they feel there is nowhere else to turn.

A report from the Canadian Human Rights Commission recognizes that three percent of Canadians have been diagnosed with some sort of environmental sensitivity – only one of many types of invisible disabilities – and acknowledges the importance of accommodating the needs of sufferers. But due to a lack of research in the area, many people are misdiagnosed or left untreated.

Each person with a disability finds his or her own niche carved out of their own experience. Many start their own business out of desperation caused from the exclusion of society. Their individual talents and abilities can make them as valuable as the able-bodied people in their same communities, and their insights into many of life’s challenges can come from a unique and helpful vantage point.

As a person living with invisible disabilities, the scrutiny, doubt and lack of understanding from those around me has been very challenging. Facing barriers at every turn, my personal experiences with dozens of medical procedures, fibromyalgia, multiple chemical sensitivities, interstitial cystitis, scurvy, memory and concentration issues, insomnia and chronic fatigue syndrome have affected every area of my life. People are more than willing to dispute I have an invisible disability, as to them I look “normal.” Due to the invisible nature of my conditions, I have been overlooked by society. Misunderstood, I need special accommodations for my most basic needs while trying to survive. This leaves me searching for answers, desperate, isolated and determined to find a way to live a sustainable, healthier life.

Though it is difficult to deal with excruciating pain and odd hours of sleep, I have found outlets to cope with the barriers of life. If it were not for my disabilities I would not be on the path in life I am on now. I have discovered organizations that will allow me to volunteer at my own pace from home to help create awareness for people with invisible disabilities.

I have also been using visual art, poetry, performance art and photography as ways of being in the present moment. Without my disabilities I would not have discovered these hidden abilities. I use the camera to see where I have been and where I am going. It serves as my memory bank and helps me create a visual record of what I have done during a day. My disabilities prevent me from remembering things and my visual distortions are getting worse, so I use the eye of the camera to capture the shadows and reflections that define the physical world around me.

In this world where exclusion and isolation are the norms for people with all types of disabilities, I feel that inclusion, understanding and awareness of invisible disabilities would transform society. We all have our own abilities to offer the world. We all matter. There is only unity where neither illness nor status defines us.

Marie LeBlanc is an artist and disability activist based in Winnipeg, Manitoba.