by Krystofer Penner | Published 7th September 2012 in Ways of Seeing

Geez reader Hannah Foulger is an emerging playwright living in Winnipeg. Hannah is part of Sarasvati Productions’ Bake Off for FemFest 2012. It’s a competition where five playwrights have four ingredients and two weeks to develop a play. There will be a public reading of one scene from each piece on September 17 at 7:00 p.m. at the Asper Centre for Theatre and Film at the University of Winnipeg, 400 Colony Street. Hannah took a break from baking up a script to tell us how her Christian roots relate to her practice as a playwright. – Melanie Dennis Unrau, Editor

I love my mother. She’s been very good to me. She’s a passionate, intelligent woman, and she’s usually the person I seek out for advice on spiritual matters. However, there came a certain time in my life when I learned the difference between how my mother and I view art. I was thirteen when my parents, who had never allowed movies or music with swearing, sex, violence, crude humour or the occult, gave me permission to read whatever I wanted. Naturally, as a child of the nineties, I immediately devoured the formerly forbidden Harry Potter series.

As an adult, I remember Harry Potter not for the witchcraft my mother worried about but for the strong morality of the series. Harry Potter isn’t a gateway drug, it is a literary adventure that teaches readers, usually children, about ethics, respect and sacrifice.

Much in the same way, even though I seek to convey heart truths in my writing, especially for the stage, I could be disregarded by Christians purely for the package the present comes in. A realist play is a witnessed slice of life. I work as a playwright to reflect and embellish what I have seen and experienced. The characters I create won’t share my upbringing or spiritual background. They do terrible things to each other in the course of a play – things I find immoral, irresponsible or even obscene – but the the conflict develops a premise, or message, I want to convey using the story.

If Christians become too concerned with naming things clean or unclean, we lose sight of the world beyond an IKEA catalogue. We become disconnected with reality, but beyond that we become disconnected from a saviour who chooses to spend more time with prostitutes than church elders. For that reason, I can’t script characters without their full colour because my parents raised a woman with strong conviction. – Hannah Foulger 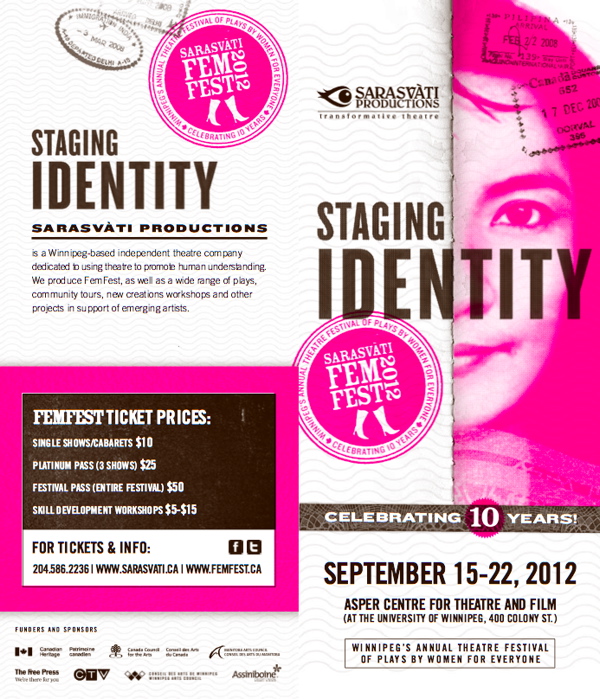