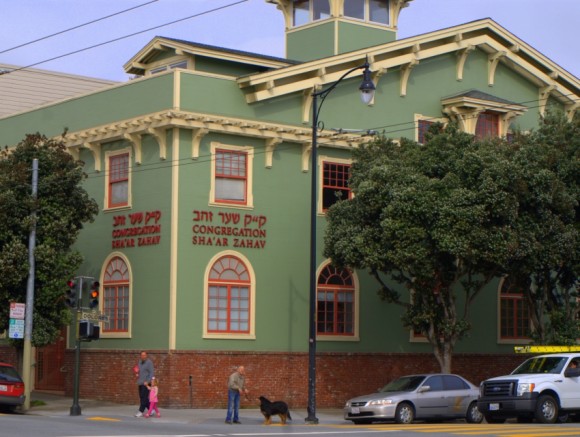 I became a pastor recently, which wasn’t the easiest decision. You see, my dad and my grandpa were both pastors. I was steeped in church growing up, always the first there and the last to leave. I didn’t like the expectation of being a good pastor’s kid and rebelled against that image in various ways as a youngster. As an adult, I didn’t want to be perceived as unreflectively joining the “family business” or being religiously narrow in a world that has been oppressed by Christianity for centuries.

When I went to seminary it wasn’t to become a pastor, but rather to work through my theological questions. Definitely some privilege involved in going to graduate school for personal development reasons. And it was a deeply transformative time of reorienting my gaze to see the systemic realities in our world.

In addition to not feeling a pastoral call in seminary, I also wasn’t sure if wanted to be a Christian. And even though I was at Anabaptist Mennonite Biblical Seminary, I also did not identify as Mennonite when I started.

After a year and half, and some significant personal transformation involving the plan for my life totally falling apart, I chose to join the Mennonite church I had been attending. That was a significant step for me: to choose to identify as a Christian and within the Mennonite tradition.

I chose to become Mennonite, not because Mennonites have it all together (far from it!), but because I found people who were on a journey of ongoing transformation. I saw a community of faith where people cared for each other and held each other accountable. I was also drawn to the radical origins of the tradition, with its anti-imperial ethos of non-violence, mutual aid, and discernment in community.

At the same time, one of the things that honed my Christian commitment was the relationships I had with those that did not identify as Christian. More than a handful of my friends in Elkhart, Indiana, where I lived, identified as non-religious or pagan. They helped me see my faith as one tradition among many, and together we honoured each other’s spiritual journeys.

Now fast forward to my current reality, as a pastor at First Mennonite Church of San Francisco. It was with skepticism that I began a discernment process about becoming a pastor. Part of me felt like becoming a pastor would skew my view too much, that I would become too deeply immersed in the Christian tradition that I wouldn’t be able to get perspective from outside of it.

It also seemed like it might be a real drag to have to confess to people that I was a pastor, when asked about my work. I mean, it’s San Francisco. Pastor is not high on the list of cool jobs. So I thought maybe I could just be a pastor but call it something different. Like, “I’m a coordinator of  a spiritual community committed to justice and personal transformation.” That doesn’t sound too bad, right?

As my discernment continued, I felt an ongoing draw to the pastoral role and was able to claim it in a way that felt authentic. I was also drawn to serving in this congregation, located in a place perceived to be multi-faith and not as weighed down with the “God and country” Christianity found in the United States. I thought it could be an opportunity to continue to learn from different faith/spiritual traditions, like I had experienced in Elkhart.

One obvious starting point was the place where First Mennonite Church of San Francisco meets: a Jewish synagogue, Congregation Sha’ar Zahav. What does it mean to be a Christian congregation meeting in a Jewish space?

This is where I started thinking a lot about Christian hegemony. It’s defined as “the everyday, systemic set of Christian values, individuals and institutions that dominate all aspects of U.S. society” (Kivel, 3).

What does it mean to be a Christian and not perpetuate Christian hegemony? Even though I don’t remember us talking about it in these specific terms in Elkhart, that’s what I was learning to do there, and it wasn’t always easy.

In recent weeks two significant things happened along these lines. First, myself and the other pastor in our congregation met with a Jewish man who is also a part of our congregation and serves as a spiritual teacher and counsellor. We talked together about what it means to not perpetuate Christian hegemony in our worship services.
One outcome of our conversation, which is ongoing, was to have him read through the scriptures we use each week and comment on anti-Semitic language or interpretations. His feedback then shapes how the scripture is framed and read on Sunday morning. The second thing that happened is that I met Paul Kivel at a Showing Up for Racial Justice meeting in Oakland. Paul is the author of Living in the Shadow of the Cross: Understanding and Resisting the Power and Privilege of Christian Hegemony. A few weeks after we met, we got together to talk further. It was energizing to learn about the Christian Hegemony Project he’s created and delve into the work of understanding it at a deeper level.

Paul puts it this way:

“Just as I, a man, who does not adhere to the principles of patriarchy, need to be vigilant in challenging the systems that perpetuate it, I invite well-intended Christians to challenge the larger system of Christian dominance… None of us created the system of patriarchy or the forms of Christian hegemony that we live within. We are, however, responsible for our responses to them, for the way we show up in the struggle to build a just society designed on cooperation and interdependence with all life” (9).

Truly my liberation as a Christian is bound up in the work of undoing Christian hegemony, which turns out, is connected to all forms of oppression in the Western-dominated world. So, in seeking to undo Christian hegemony, we’re also undoing racism, sexism, heterosexism, and dualistic thinking… to name a few.