The land will have its rest 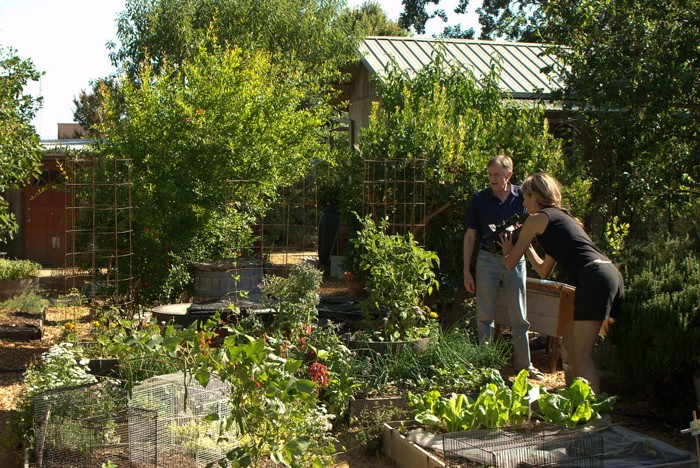 I don’t believe in “creation care.”

Creation care is too little too late. Recycling, changing light bulbs, riding bicycles or starting a garden will not be sufficient to address the magnitude of the challenge before us.

Creation care is a moralistic cover for our ongoing complicity in an evil system that is wreaking havoc on this planet. We use more energy to live our lives each day than any society in human history. We sustain an extractive economy that utilizes nonrenewable resources that have taken thousands of years to develop, and we expend them in a matter of decades.

Governments and corporations are working together now to do whatever it takes to keep this economic system going. We will drill deeper wells, cut down more trees, fight more wars and cause more and more environmental chaos, all for the sake of economic growth and having more.

I don’t believe in creation care because creation doesn’t need our care. The planet will survive even if the human species becomes extinct. West Virginia’s strip-mined mountains, the landfills in Calumet and the polluted beaches in Louisiana horrify us. We should be angry and we should work on as many fronts as possible to end these violations of the earth. But nature will eventually flourish once again.

The Bible tells us that God does not ignore the environmental destruction of our civilization. If need be, God will enforce the Sabbath rest that God intended from the time of creation. Listen to Leviticus 26:34-35:

These verses are about Sabbath. They explain one reason why Israel is in exile: the people did not give the land the rest it needed. God enforces Sabbath.

Globalization has peaked and is already coming to an end. It is literally running out of fuel. Globalization is a finite process. The world will either willingly enter into a post-carbon age or be forced to do so. The earth “shall have the rest it did not have.”

Sabbath is a revolutionary practice contrary to everything that the global economy demands. The work of Sabbath is perhaps the primary form of communal resistance for Christians in the years ahead. But our Sabbath must be broader and more systemic than just taking a day off.

One place I am looking to with hope in these dark ages is the Transition Town movement, an international grassroots network of communities working toward a post-carbon society, equipping local communities for the challenges of climate change and peak oil.

The Transition Town movement is not about “creation care” but “energy descent,” and the key practice is not “sustainability” but “resilience.” The human use of energy that began its ascent at the time of the Industrial Revolution must now begin to descend. “Energy descent” refers to the continual decline in the net energy it takes to support human society. This descent will be a long, bumpy and perilous journey.

What does human life look like, what does Christian community life look like, on the other side of peak oil and climate change? I do believe there are reasons to be hopeful. A post-carbon world beyond globalization need not be a barren, apocalyptic nightmare. We must begin to live into this coming Sabbath with the deep conviction that this will not be a lesser life than we have lived, but in fact a better life, a more beautiful life, a more abundant life. If we do not respond to the global crisis on our own, God will enforce Sabbath, and the “land will have its rest.”

Ric Hudgens lives in Evanston, Illinois, where he is part of an intentional Christian community, Reba Place Fellowship. He is most recently the author of “Three Cheers for Cynicism” in Cynicism and Hope: Reclaiming Discipleship in a Post-Democratic Society, edited by Meg Cox (Wipf and Stock, 2009). This essay is excerpted from a blog post at jesusradicals.com