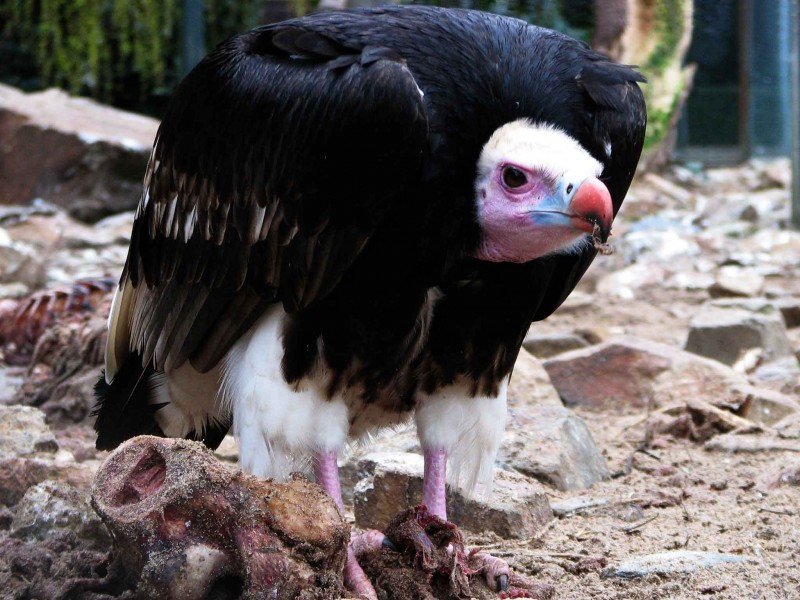 We must take up this work of exposing and repelling the beasts that disembarked the Santa Maria until we resurrect such an abundance of life in this land that every vulture of death is starved.

Two by two they came. Every kind of beast, serpent, demon, and dragon clambered aboard the Santa Maria. Like a fleet of terrible arks, Columbus’ navy sailed westward. Upon running ashore, no dove was released. Instead, vultures circled over the lush land and returned with a sign of good news: flesh in their beaks. At once, the doors of the arks dropped open and a slew of creaturely powers disembarked in a rabid frenzy. Between the steps of every white man’s boots slithered serpents whose heads remained untouched by any heel.

The creaturely powers wasted no time inhabiting this “New World.” Maggots of violence infested every white man’s mind until they all but exterminated the peoples whose homes they had invaded. Bristling demons of efficiency converted the earth into a machine. The spawn of Mammon bred with the beasts of racism to birth chattel slavery. Sirens of greed beckoned young men westward, promising to manifest their destinies. Serpents of division drew lines in the sands of the southern border. All along, the vultures of death were well fed.

I see them still – the vultures. They still survey this land, continuing to feed on death. Other powers are never far from the vultures’ shadows. I see their tracks printed in the powdery dust of dirt roads as I drive to work on my family’s farm in central California. They continually tempt me and other farmers toward making a machine of the earth. They fog our memory of Eden, hoping we forget our role as nurturers and instead shape us into exploiters. “The standard of the exploiter,” warns Wendell Berry, “is efficiency; the standard of the nurturer is care.” When we sacrifice care for efficiency, the vultures are satisfied.

Those who have eyes to see will spot dragons of nationalism perched on church steeples here in the Bible Belt of California. They take up residence in sacred places, hoping to sacralize themselves. They aim to replace the sacred by mimicking it, bestowing purpose and meaning through their own liturgies. Hendrik Berkhof wrote that the powers “give unity and direction to thousands of lives. Yet precisely by giving unity and direction they separate these many lives from the true God; they let us believe that we have found the meaning of existence, whereas they really estrange us from true meaning.” Wherever there is a conflation of patriotism and religion, the dragons of nationalism have succeeded in confusing our meaning-making liturgies. The vultures circle lower.

Those with ears to hear will become attuned to a certain internal clicking. Like earwigs crawling in our heads, something within us grows restless when we traverse the powers’ racial barriers. When I try to cross the line separating me from undocumented farmworkers in our fields, I feel it. When I try to confront racist biases in my small town, on social media, or within myself, I feel it. It is what Willie Jennings calls the “diseased social imagination” that is flaring as I attempt to heal it. Meanwhile, a vulture sits upon my shoulder waiting for the disease to overtake me.

There is something quite valuable in imagining the powers as beastly creatures. Every creature has weaknesses; all flesh has vulnerabilities. It matters, then, that we be nurturers of the earth rather than exploiters. It matters that we desacralize the powers of nationalism and turn our devotion to God. It matters that we intentionally trespass racial borders. We must take up this work of exposing and repelling the beasts that disembarked the Santa Maria until we resurrect such an abundance of life in this land that every vulture of death is starved.

Dallas Nord lives in Kerman, California with his wife and daughter. When farming, he grows almonds, raisins, and theological thoughts.