Non-Binary Jubilee in the Camp Bathroom 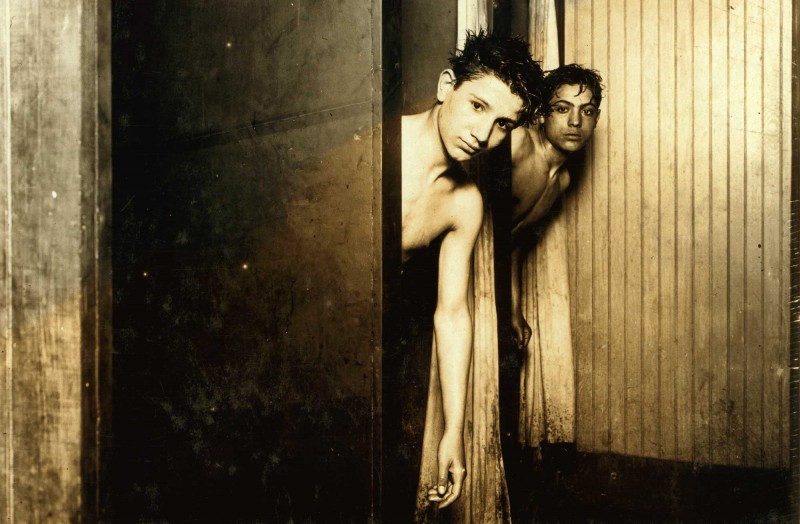 But maybe it’s non-binary Jubilee at church camp in the mountains.

A door opens in the gender binary wall; they flood through, exhaling a lifetime of patriarchy – “atta boy” – “that’s a good girl.”

We have an “All Gender/Single Use” bathroom. All gender. Single use.

Boys and girls brush teeth, shower at the same time; queer kids have to brush and shower by themselves or in a bathroom where they aren’t comfortable.

They break the rule – brush, shower together – of course they do.

We talk about strategies to change the rule.

The rule gets changed. I don’t have to give the Queer Theory speech I formulated in my head. The director doesn’t like the rule; it isn’t serving the ones for whom it was made.

The bathroom becomes a hangout. It’s not supposed to be. It is a salon, nightclub, and I hope that is all. They take advantage of the accommodation – of course they do.

But maybe it’s non-binary Jubilee at church camp in the mountains.

There is no location, in patriarchy and violent heteronormativity, for gender non-conforming people. No land to return.

Safety, belonging, acceptance, affirmation of personhood aren’t on a map.

They are reclaimed in a bathroom, where bodies do what bodies do – wash, release, beautify.

Non-binary Jubilee is a safe bathroom – queer space – behind the door that has opened – freedom.

The non-binary teens push the bathroom boundaries. Of course they do, because . . . teenagers. I’m not mad though. I’m proud. Those boundary-pushing kids queered camp. If we’re lucky, they will queer the world. If we’re luckier still, we will be queered and freed, even one bathroom at a time.

Jean Jeffress is a pastor and preacher working on loving the people of God. They live in Oakland, California.