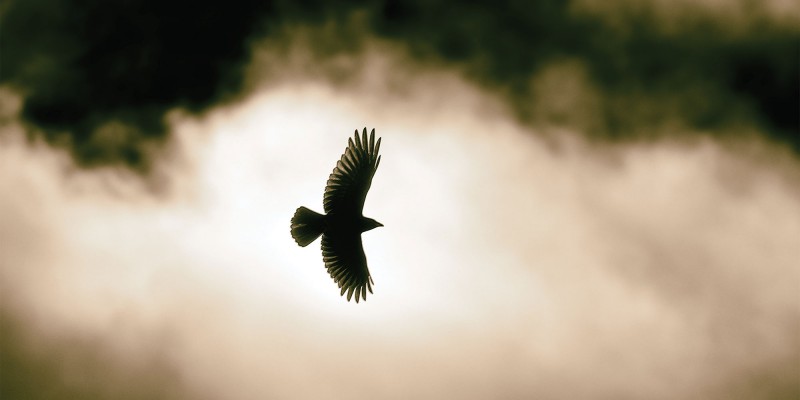 This past November, I watched my Pépère (grandpa) stand up for the last time.

I’d always known him as somewhat sedentary – he’d had bad knees for the last decade or more, and was particularly attached to his big brown leather armchair. When my family heard that he was in the last few days of his life, he insisted on foregoing a typical “death bed ” so he could stay in his living room armchair and continue to regale us with stories and songs until he absolutely had to call it quits.

On the second to last night of his life, as his voice was nearly too hoarse to speak and the morphine was really kicking in, we realized this might be the last time he would have enough strength to stand up and get wheeled to bed. It had been many years since standing up was easy for him, but suddenly this seemed like the hardest task he’d ever faced. His arms shook simply in the act of reaching to grab the walker in front of him, and many times he sat back to rest because the effort was just too much. But even as his mind had begun its transition across the veil, it still seemed made up that he would, somehow, make it to that bed.

After a few minutes of straining and sweating and groaning, with his sons on either side of him lifting as much as they could, he rose to his feet. Once wheeled over to the hospital bed, he practically fell into it with hazy exhaustion and relief. The last long labour was over – it was finally time to let his body fully rest.

The next morning, his last, he woke up in a state that we could only describe as pure awe. His eyes were wide and bright as he looked around the room. All he could say, over and over again, was “Wow . . .” Wow at the window, wow at the juice delivered to his bedside, wow at the faces of each of his family members who came in to say hello. As the day went on he closed his eyes and drifted further from this realm, but many of his last words spoken here were, “Wow, wow, wow.”

But in the Western/European culture from which I come, death has been used as a euphemism for orgasm since at least the 16th century. Shakespeare in particular is notorious for his deathly double entendres (“I will live in thy heart, die in thy lap, and be buried in thy eyes . . .”) and plenty of his fellow English poets made the same connection with more or less subtlety.

A couple centuries later, a phrase in French (my Pépère’s first language) helped solidify the connection. La petite mort – translated as “little death” – was used to describe the feeling of a brief “weakening of the consciousness.” A temporary loss of oneself that could be evoked through fainting or a dizzy spell or, yes, a really good time in bed.

Medieval historians imagine that the association between death and orgasm had something to do with the period’s medical emphasis on body fluids. At the time, semen/cum was understood to be a vital fluid, so any loss of it was seen as a loss of one’s vitality. If you have enough “little deaths,” you get a big death. Simple math. (And also probably a perfect recipe for widespread sexual repression . . . )

But there were spiritual understandings of sex that carried an almost opposite meaning. La petite mort and other euphemisms have most commonly been associated with an experience of “transcendent release” and euphoria that could only be compared to death’s ultimate release. Rather than “release” as in simple physical loss, this understanding of release suggested a kind of opening and widening to a greater life force around oneself.

Stephen Jenkinson, an activist and teacher who has worked extensively with dying people and their families, speaks of the Western world’s desperate need to learn how to die well. To do this, he says, “you have to be willing for life to be bigger than your life.” This may be challenging for those of us raised within colonial capitalist structures that seem hell-bent on convincing us we are no more than our small lives – our individual selves – our hungry consumer egos. In this context, it’s no wonder that death is so terrifying. When your small self is all you’ve got, then facing the end of your life really can feel like the end of the world.

So I wonder: in this culture of rampant death-phobia and sex-phobia, what could the linguistic connection between death and sex offer us today? If we imagined orgasm to be a small taste of dying, how might this change our relationship with sex? How might this change our relationship with death? Could sex be a sacred preparation for death? Could we view death less as one final event but as a lifelong process of release? Might death become something not to fear, but perhaps even to look forward to?

In The Emotional Mind: The Affective Roots of Culture and Cognition, Stephen Asma and Gabriel Rami write that orgasm “releases one temporarily from the tyranny of the ego.” If death is the ultimate release of the ego, the final return to that life that flows around us, then maybe sex really could be thought of as practice. And not just sex, but any experience that blurs the lines, however briefly, between ourselves and what surrounds us. Like running after a frisbee. Or singing in harmony. Or fishing for hours on a quiet pond.

Mary Oliver, who gave herself to that ultimate release a few years ago, wrote:

When it’s over, I want to say all my life
I was a bride married to amazement.
I was the bridegroom,
taking the world into my arms.

Witnessing my Pépère ’s final hours, I was amazed at the grace with which he entered the experience. It did seem as though this was simply the final task in what had been a long life of preparation. A life of taking the world into his arms and letting his life be bigger than his own, so that when death did eventually come for him, he could surrender to it fully – give himself to it fully – and leave us all echoing with his final words of sweet release. Wow, wow, wow.

Kateri Boucher is a grateful guest on the land called Waawiiyaatanong (“where the water goes round”). She is associate editor for Geez, pastoral intern with St. Peter’s Episcopal Church, and a member of Detroit’s Catholic Worker community.