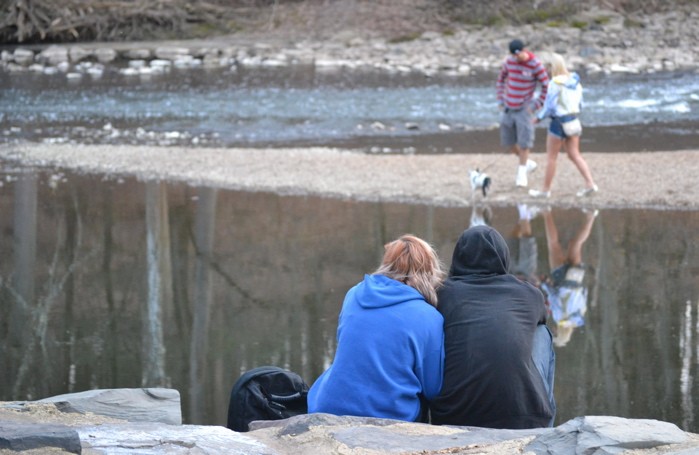 I am childfree by choice.

In a country – the U.S. – where the culture is structured to encourage parenting in every conceivable way (forgive the pun), where influential religious forces and powerful political forces conspire to create for cisgender, male-partnered, fertile women in particular a pro-birth stew of disinformation about reproduction, disincentives against the use of contraception and limited access to abortion, this is a radical choice.

My decision to remain childfree is attributable to a combination of things, but, perhaps more than any other, for me, it is that a movement seeking to limit my choice has made me feel like I don’t have one. Not a meaningful one. Not one I can extricate wholly from the cultural imperatives that exhort me to parent.

I profoundly value my agency, and I so dearly and defiantly want reproductive choice, having existed in spaces – familial spaces, religious spaces, educational spaces, cultural spaces – in which virtually every message I received expressed hostility for my autonomy, while encouraging, coaxing, cajoling, coercing me into childbearing.

I cannot truly want what I am told I must have.

The only way I can feel as though I am making a choice that is all my own is to choose to be childfree. And so I do.

Because I am a cisgender, male-partnered, fertile woman who is sexually active with a cisgender fertile man, it is a choice I make again and again. We take precautions to prevent pregnancy; we discuss contingencies in case of an unwanted pregnancy. I pay close and horrified attention to the abortion restrictions being enacted in Indiana, our state of residence. The childfree path grows ever narrower, and I navigate the uncertain pathstones with a fierce determination that keeps my fear at bay. I am keenly aware that I make this choice in the context of a culture that wants me to choose otherwise.

I feel the suffocating weight of the narratives that I am a traitor to womanhood, and that I am an incomplete woman because I have never used my cis, fertile, female body for what I am told is its primary purpose. I am a selfish woman. A frivolous woman. Barely a real woman at all.

I read overt and oblique commentary that I am a traitor to my race. A white woman refusing to have white babies. I am meant to be alarmed that the white birth rate is dropping in the U.S.

I am implored to consider the lonely death I will face, my future demise bereft of children to care for me, as if all children care for their elderly parents and such is their obligation. I am urged to imagine how terribly lonely it will be if my partner dies before me, as if his death would not be precisely the same heart-shattering misery even if we had children. As if anyone could take his place.

I am asked if I don’t worry about regretting not having had children, as though it would somehow be better that I had children just in case even if it meant that I might regret having them, once they were here.

When I first got married, I was told, again and again, that when my biological clock started ticking, I’d change my mind. This admonishment was delivered with such certainty that I began to fear and mistrust my own body, expecting it to betray my will someday – to overwhelm my choice with an undeniable urge to be a mother.

That has not happened.

I am soon to celebrate my 39th birthday and 11 years of marriage. The frequency of questions about when we are going to “start a family,” as if we are not already a family, has dropped precipitously. I have spent a lifetime fielding confident predictions I would change my mind about being childfree, and now I am reaching an age where those who were so certain are coming to the realization, at long last, that I really don’t want children.

So now I am no longer a Woman Who Will Probably Have Kids Someday, and instead I am a Woman Without Kids.

And the certitude about my having children has now changed to pity that I don’t have them – because it is the only way left to convey that my choice is wrong.

I am not interested in the judgment of those invested, for various reasons, in communicating to me that my choice is wrong. I am moved by the women who tell me they did not feel like they had the choice to not parent; their stories compel me to defend choice, because womanhood and motherhood are not synonyms, not parallel destinies, and recognizing women’s full humanity begins with acknowledging that difference.

Melissa McEwan is the founder and manager of the progressive blog Shakesville, which deconstructs politics and culture through a feminist lens. She lives just outside Chicago with two dogs, three cats and a Scotsman. She is a feminist because feminism is both her sword and her shield against pervasive gender inequality.