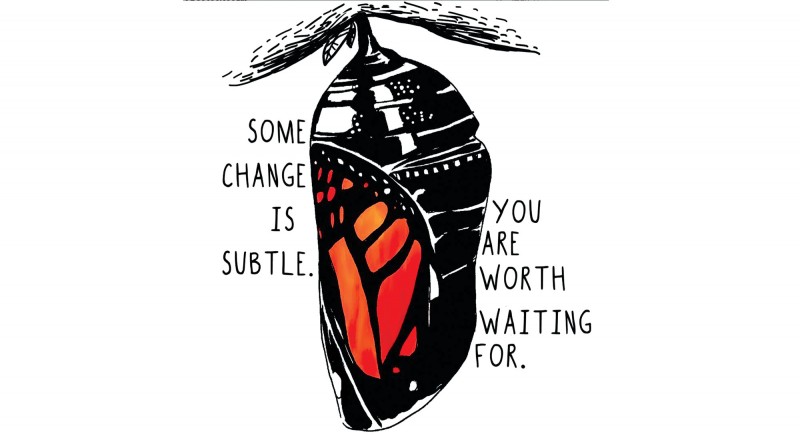 When I was a young boy, I knew I was a girl. I didn’t yet have the words I needed to express this nor did I fully grasp the concept of my struggle.

The audio is a transcript of the written piece recorded by Sloane Wednesday for Geez Out Loud.

Of course there were signs obvious to the more observant adults in my life, but even they weren’t conscious of the underlying cause of my affinity for “girls’ toys” and my more feminine habits. It was the 1990s after all: pop culture mostly informed the popular conception of transgender people, and the portrayals of us were often less than flattering. Even if the possibility crossed their minds, my parents didn’t want me to be transgender; it was enough that their kid was “different.” For most of my life I went along with the roles carved out for me by adults. I played sports, wore “boy clothes,” and, at their encouragement, spent time with the boys in my age group. I hated every minute of all of this.

This charade continued on well into my teen years, and although I tried very hard to suppress that lingering feeling that I was perhaps a girl after all, nothing I did ever fully eliminated it. Masculinity was so deeply uncomfortable. I hated my body. I harmed myself and abused drugs and alcohol to kill that feeling. I had female partners and male friends. I acted tough, grew a mustache, and presented myself in a manner that appeased everyone else in my life but myself.

Shortly after I dropped out of high school and began working, that lingering sensation began growing stronger until I could no longer ignore it. Maybe it was the shift in environment from school to “adult life” that finally spurred me to seek help, but the time came when I could no longer continue to keep this feeling bottled up anymore. I told my mother that I wanted to see a “therapist for gender issues,” and although she did not lash out in a furious rage as I had feared, the results were far from empathetic. I was around 21 at the time and relied on my mom for rides to and from the therapist’s office, where she would wait in the lobby.

After a few weeks of visits, my therapist convinced me that I was not transgender, or, at the very least, sowed enough doubt in my mind to keep me off the path of transition for another five full years. Those five years were the worst of my life.

I was a girl, a woman actually, and I knew it. Having a medical professional tell me otherwise obliterated any sense of hope that I would get to live authentically. Therapists are gatekeepers that decide whether an individual can begin Hormone Replacement Therapy (HRT) or undergo Gender Affirmation Surgery. Therapists are humans, motivated by politics, religion, and emotions just like us all, and mine slammed that gate in my face, sending me into a spiral of self-destruction and delusion that was harmful to myself and to those around me. My drinking got worse; I was abusing painkillers and flirting with harder drugs, but this was not a pain that I could sedate.

Finally, at age 26, I had my own place, a car, and a well-paying job and felt stable enough to seek help again. I thoroughly vetted therapists to be sure, and I found one with an open mind and empathetic approach and made an appointment. The day of the appointment, the President announced on Twitter he was ordering a ban on transgender Americans from serving in the military. This made me angry but solidified my choice to seek help as something righteous beyond my personal well-being. Transitioning would be hard, and certain people would hate what I was. But this was something I had to do, not just for myself, but for others who themselves were struggling and needed guidance. I could live authentically and proudly, and give hope to those questioning themselves. I just had to convince this therapist I was, in fact, transgender.

It turned out this therapist was far more understanding of my struggle than the previous one, and I had in fact been victimized by a medical professional, possibly motivated by his own biases to keep me in the closet. I left that meeting with a profound sense of purpose and excitement I’d never felt before. Shortly thereafter, I made an appointment with an endocrinologist. A month after that meeting, I was taking estrogen and testosterone blockers.

Initially, I had planned to wait until the effects of the hormones became too obvious to hide to come out publicly, and I continued to live as a male for a few weeks after I began taking them. However, something strange happened. The excitement I felt after leaving the therapist only grew with the added hormones. My lifelong depression ceased: I didn’t realize, but I was feeling “normal” for the first time. I stopped abusing drugs. I flushed my painkillers and drastically reduced my alcohol intake until I finally decided that I didn’t need to drink anymore. It wasn’t something I really enjoyed, like I had told myself. It was a coping mechanism. And now, I didn’t need to cope with anything. Those little blue estrogen pills were the best antidepressant I could ask for. I felt that in a genuine sense my old self had died and I was being born again. This time, as who I was intended to be.

When I describe this feeling to people, I like to use the metaphor of a car. Your body is a car, and if you put the wrong type of fuel in it, it will not run correctly. Testosterone was the fuel my body had been running on for the entirety of my life, and finally estrogen took its place and I’ve been running smooth ever since.

The feelings that plagued me pre-transition were so vile and toxic, and I do not wish that on anyone. So despite the violence committed on transgender people by the state, by individuals, by popular culture, I choose to live visibly, at the risk of my safety, and out of pride of who I am now. I wish to be the person I needed when I was young and struggling.

Sloane Wednesday is a writer, musician, and activist. Her recent album Mood Indicator was released with Haunted Birthday Records. She lives in Kansas City, Missouri.