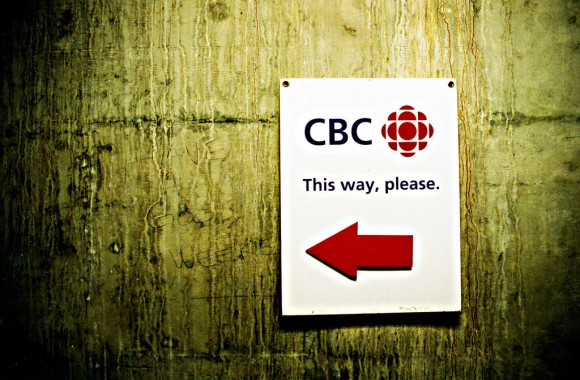 [Editors’ note: this blog entry is in response to Kurt Armstrong’s post last week, O, Brother Jian, Where Art Thou. We do not post this to discredit Kurt or invalidate his opinions, but to recognize that there are many voices to add to the conversation and to foster helpful dialogue. – Kyla Neufeld]

If there is one good thing that has come out of the Jian debacle, it is the discussions that have arisen, especially in Christian circles. Unfortunately, in circles where important things like consent are ignored because to even bring up the subject of sex is sinful, the discussion takes a number of harmful detours, which can have good intentions, but are steeped in the language of patriarchy. This past Christmas, I went home to my sister’s in Toronto to help out with her newborn triplets. While bottle-feeding, I struck up a conversation about the events surrounding Jian Ghomeshi and Bill Cosby with a woman from my sister’s church who was helping for the day. The conversation was going moderately well, we had some common ground, until she said sexual battery was around in Bible times, “just like homosexuality.” The nonsequitor left me offended and unsure of how to continue the conversation. In the case of Kurt Armstrong’s blog, I feel safety within the Geez community to chime in.

What we’re seeing is an abuse of power and domination within a patriarchal context, not only in Ghomeshi’s personal relationships but in his professional ones at CBC as well. Some women who have come forward were not his lovers, but were producers and, in one case, an intern at CBC. This is not strictly an issue of abuse within the context of a romantic relationship, but Ghomeshi’s abuse of power and the people around him who allowed this to happen. Love within sexual relationships is an important discussion, however, with the Ghomeshi cases, the abuse did not happen only within a pre-established sexual context. The problem at large does not fall in a lack of love, but in one man’s need for control and a violent structure which silenced his accusers.

I’ve been working in film and television for the last seven years. The Canadian broadcasting world is not a big one, especially in comparison with our neighbour to the south, and neither is our music community. I am not a musician, but when I worked at the Juno Awards as a prompter AD last March, I knew two people from bands invited. One member of Courage My Love was in a play with me several years ago, and a guitar technician from Walk Off the Earth is the younger brother of a friend I have known more than 20 years. I say this not to brag, or name drop, but to demonstrate that as someone who has no close connection to the Canadian music industry, other than as fan and a listener, even I have ties to this world that spans the country. People in both broadcasting and music have close, intimate working relationships with each other. I asked a friend, who worked here in Winnipeg for a local television station in the late nineties, if he “knew about Jian” and he said everyone did.

The “boys club” that infiltrates modern media is a place where everyone knows everyone, they know their reputation and yet continue on anyway. Although there are now systems in effect which are supposed to protect victims of sexual harassment, abuse, and battery, they still fail time and again. In the case of the CBC producer who accused Ghomeshi, she contacted her union rep to report his inappropriate touching in the workplace but saw no follow-up. These systems that were created to protect instead silenced and facilitated the continuation of violence.

It’s the system of capital patriarchy which allows for casualties in the pursuit of the final product. It’s a system where Sean Penn continued to have a lucrative film career after being convicted of domestic battery, but Kristen Stewart struggles to reclaim a fraction of the career she once had after cheating on her then-boyfriend, Robert Pattinson. The double standard is magnified in the fields where women are minorities, like in entertainment. Morals are costly in any business, but especially in the business of show. Call me a pessimist, but it’s often only when it starts to cost a company that they will prosecute cases like these. As long as Ghomeshi continued to be profitable, CBC would have continued to keep him. From my experience in film and television, people will do anything to get the work done, whether it’s finishing a shoot or getting a show to air. The end product and the return on the end product become more important than the people involved. With high pressure and short deadlines, any slowing, even for legitimate claims, is a threat to the product.

It seems impossible to fix any system built on the pursuit of money over the development of art (or good radio) and artists. What do we do when the systems fail, when the odds seem insurmountable and people won’t listen?

We listen, then shout. We read blogs and write them. We recognize the systems in which we are privileged and stand in solidarity with those are oppressed by these same systems. It is a lifelong project, but a worthy one. Love enters the conversation when we give the oppressed and the oppressors space to speak, but always with an ear to the oppressed first. Silence helps no one. We can only truly be a post-sexism society if we listen to the cries of those victims of sexism first. Hannah Foulger is a British Canadian writing from Winnipeg, Manitoba, with seven years experience working behind the scenes in film, television, and theatre. She writes creatively for page, stage, and screen, about gender and social justice, through the comedic lens of media and social politics. You can catch her two newest plays Clink and The Bar Scene at the Winnipeg Fringe Festival which runs July 15-23 2015.