Community service provision in the face of austerity: utopia? 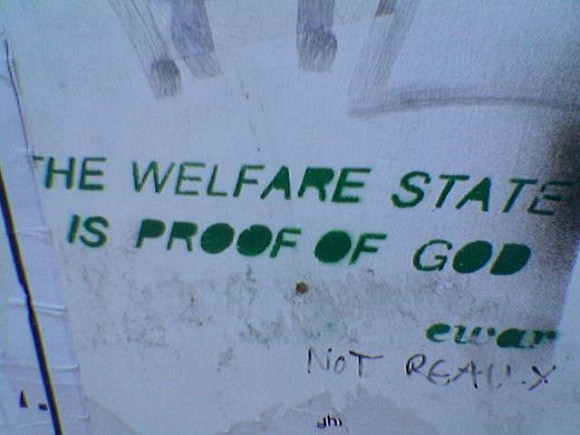 Both sides of the welfare debate in one photograph
Credit: Betty Snake, http://www.flickr.com/photos/bettysnake/65497164/

Many view an all-inclusive welfare state that provides the majority of needed services and infrastructure to all equally as a form of utopia. On the other hand, many would argue that the welfare state is a form of anti-utopia, preventing the true utopia in which citizens care for one another from emerging. Is the real utopia what appears when the government removes funding for social services for least the privileged and citizens who are concerned about justice step in help those in need? Or is possibly a way for the government to reduce social service spending and silence the voices of those most concerned about social justice? This article from the briarpatch magazine discusses what happens when the government removes funding for social services and activists step in to fill the gap.