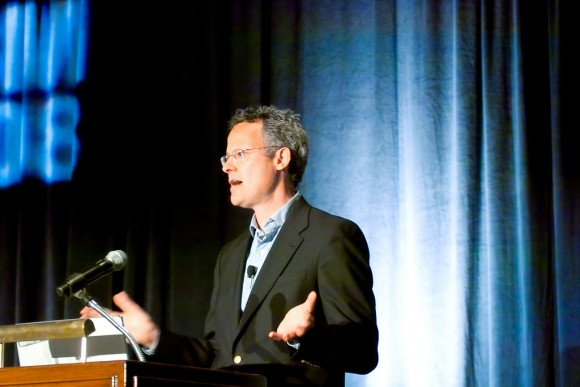 On May 31, 2009, an Air France flight bound for Paris took off from Rio de Janeiro. Three hours into the flight the plane hit a storm over the Atlantic Ocean, signalling the autopilot to disengage. The bewildered pilot, used to the software doing the flying and unpracticed at manually operating the control stick, unthinkingly yanked it back, causing the plane to rapidly lose speed. By the time the other copilot took over, it was too late to recover. The plane dropped 30,000 feet in three minutes, and plunged into the ocean. All 228 people on board died. This tragic incident, one of several in Nicholas Carr’s The Glass Cage, offers what he calls a “roadmap for the much broader transformation that society is going through now” – a transformation that has allowed human skill, intellect, and relationship to in the natural world to atrophy, rendering us dependent, addicted, anxious, and sloppy. While Carr readily concedes automation’s benefits – ease, speed, efficiency, and material comfort (“Computer automation makes our lives easier, our chores less burdensome,” he writes in the opening pages) – The Glass Cage is primarily an exploration of automation’s “deeper, hidden effects.”

In recent years, a small but notable number of books have garnered attention for its critique of society’s unquestioned embrace of the Digital Age. Texts like Sherry Turkle’s Alone Together, Evgeny Morozov’s To Save Everything, Click Here, Astra Taylor’s The People’s Platform, and even Dave Eggers’ dystopian novel The Circle have asserted that the internet has failed to usher us into a technological utopia. Nicholas Carr first joined the contentious debate back in 2008 with his much-discussed Atlantic essay “Is Google Making Us Stupid?” in which he argued that the internet was changing the way we think. Three years later, in his Pulitzer Prize finalist The Shallows, Carr made a compelling case that the internet makes us less reflective and contemplative. Now, in The Glass Cage, Carr argues that as we increase our reliance on automation – which he explains isn’t “a thing or a technique so much as a force” – humans grow weaker. The results can sometimes be deadly, as in the Air France plane crash. (A United Airlines captain and former safety official admits, “We’re forgetting how to fly.”) More commonly, however, automation shifts the way we perceive the world.

Carr points out that our society’s love affair with technology has led people to trust computers more than their own senses, a phenomenon psychologists call “automation bias.” Consider the GPS. We are so dependent upon this device that we often blindly follow its directions against our better judgment. I recall a recent experience driving with a family member. Though I announced the upcoming turn, obvious through the windshield, he chose to drive past it because the GPS “voice” said that the turn was not for another hundred yards. We laughed when we saw the dead end and circled back around. Unfortunately, not all cases are so innocuous. In another of Carr’s examples, a Seattle bus driver sheared the top of the bus on an overpass in 2008, injuring 21 students, because he didn’t see the flashing lights signalling the low bridge ahead. He later explained to the police that he was simply following GPS directions.

U.S. culture isn’t the only one being transformed by automation’s influence. The Inuit people have hunted for 4,000 years without the aid of maps or compasses. “The Inuit’s extraordinary wayfinding skills are born not of technological prowess,” Carr explains, “but of a profound understanding of winds, snowdrift patterns, animal behaviour, stars, tides, and currents.” Since the year 2000, however, many younger hunters have begun adopting GPS technology to navigate their excursions. The satellite maps encourage a form of “tunnel vision” for the hunters, as they lock into the map instead of their surroundings. The result has been a rise in accidents, including serious injuries and deaths. One anthropologist has already observed what he calls their “weakened feel for the land.”

Closer to home, automation has driven a wedge between humans and the natural world. For instance, the fundamental act that tethers our bodies to our sustenance – agriculture – is quickly becoming dominated by “ever more complex and efficient equipment.” Mechanization has already made the modern farmer a statistical irrelevancy (prisoners outnumber farmers in the U.S.); today, with greater frequency, farmers are not even driving their tractors. Robotic systems instead are planting seeds, spreading fertilizer, harvesting crops, and even milking cows. Carr fears that these and other digital technologies are “pulling us away from the world.” While such an alienation from the rhythms of nature is difficult to quantify, Carr worries that it has contributed to the recent rise of anxiety, hyperactivity, depression, and suicide.

What becomes clear throughout The Glass Cage is that technology is not neutral. Rather than using automation to meet our needs, it is society which has had to adapt to automation, both for good and for ill. Carr quotes Hannah Arendt in her 1958 book The Human Condition: “Unlike the tools of workmanship, which at every given moment in the work process remain the servants of the hand, the machines demand that the labourer serve them, and adjust the natural rhythm of the body to their mechanical movement.” Technological advances, continues Carr, which once took the form of “simple tools that broadened the worker’s latitude,” have evolved into “complex machines that constrained it.”

Moreover, Carr points out the danger in the belief that technology is a “benevolent, self-healing, and autonomous force,” as this serves the political and economic motivations of those who have become extraordinarily wealthy through technology’s expansion. Two centuries ago, discontented skilled workers in the English midlands understood this: the burgeoning factory system was destroying their way of life. As the industrial revolution gathered steam, these workers launched nighttime raids aimed at destroying the machinery displacing their jobs. The “machine breakers” – or “Luddites,” as they are more popularly known – weren’t a crazed mob, unthinkingly smashing any sign of the new. They were knitters and weavers wanting to maintain their economic, civic, and existential autonomy. The British government understood the impact of this threat and responded with brute violence.

Citing the Luddites is provocative. One reviewer has dismissed Carr’s book as an “anti-technology rant.” Several years back, Carr was branded by Newsweek as “the technology world’s public enemy No. 1.” But Carr is no Luddite. He admits to being more technophile than technophobe. He is simply urging a critical approach to the wholesale embrace of automation. “A lot of people worship technology,” Carr commented in an interview this past fall. If so, then The Glass Cage should be read as a work of iconoclasm, shattering our illusions of automation as a liberating necessity. More fundamentally still, Carr is calling us to defend what is most basic to our humanity. “Our highest obligation,” he writes in his last and finest chapter, “is to resist any force, whether institutional or commercial or technological, that would enfeeble or enervate the soul.” May we not be too dazzled by our gadgets to heed the insights found in this lucid book.