Here’s a clip, breaking news, the people have stood their ground against the mayor, private property holders and the police. Let public interest prevail . . .

NEW YORK, NY – Over 3,000 people gathered at Liberty Plaza in the pre-dawn hours this morning to defend the peaceful Occupation near Wall Street. The crowd cheered at the news that multinational real estate firm Brookfield Properties will postpone its so-called “cleanup” of the park and that Mayor Bloomberg has told the NYPD to stand down on orders to remove protesters. On the eve of the October 15 global day of action against Wall Street greed, this development has emboldened the movement and sent a clear message that the power of the people has prevailed against Wall Street.

“We are winning and Wall Street is afraid,” said Kira Moyer-Sims, a protester from Portland, Oregon. “This movement is gaining momentum and is too big to fail.” See the rest of the story on occupywallst.org.

I hope as many people as possible show up for solidarity actions in their own cities on October 15, 2011. In our town, Winnipeg, a group will gather – see details below. 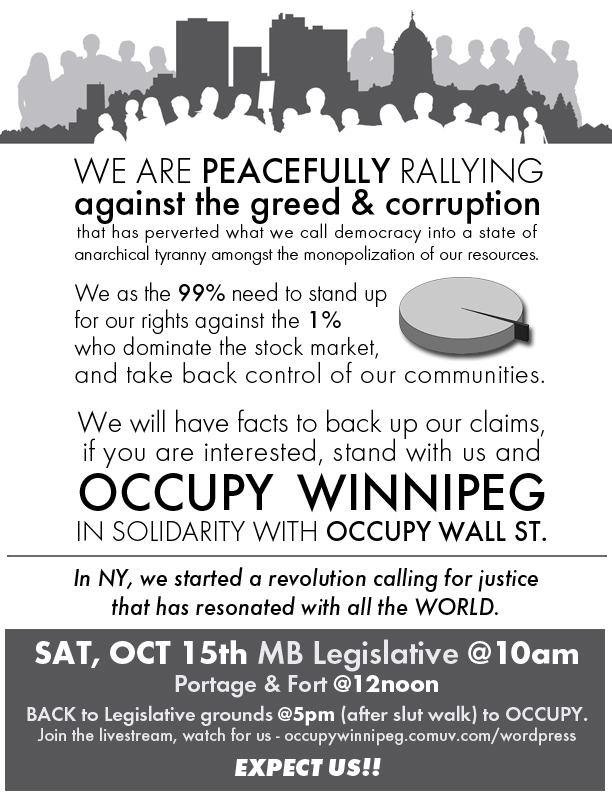