by Will Braun | Published 14th October 2011 in Social Change

The Canadian Foodgrains Bank (CFGB) announced that on October 5 in Monkton, Ontario, 120 combines harvested 160 acres of soybeans in world-record time. According to CFGB – a faith-based aid organization – the record-breaking Harvest of Hunger raised over $250,000 “to end hunger.” 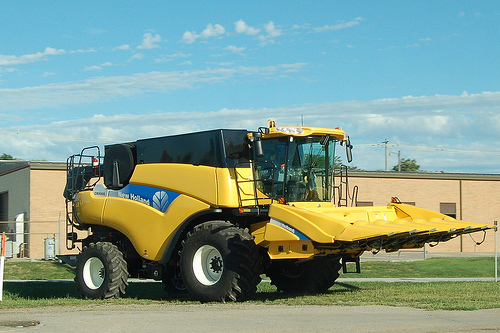 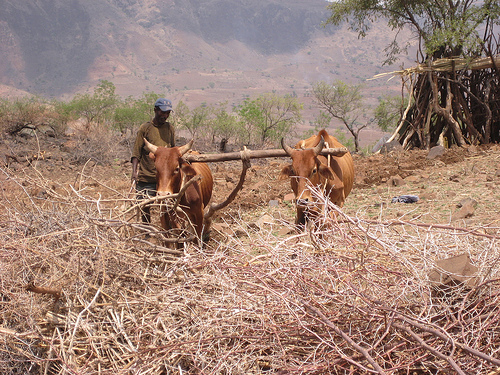 Charities everywhere use a range of gimmicks to raise money, but how are starving peasants in the Horn of Africa supposed to feel about a show of conventional North American agricultural wealth – a new combine can cost $350,000 – undertaken in the name of helping them?

What does it say about North American Christians that it takes these sort of counter-productive stunts – you could hardly come up with a less energy efficient way to harvest a field – to evoke generosity? Is charity some sort of sideshow? Is it a wealthy man’s spectacle? What happened to the widow’s mite, or not letting the left hand know what the right hand is doing?

And what about the fact that we North Americans, with our fuel-guzzling machinery, contribute much more than our share to the global warming that contributes to drought in East Africa?

In response to a similar fundraiser in 2006 (the folks at the Guiness Book of World Records must have trouble keeping up with all these harvests), I wrote Full-throttle fundraising, which explores the issue further, and lets the organizer defend the event.