Occupy Wall Street - Dissent at the feet of power 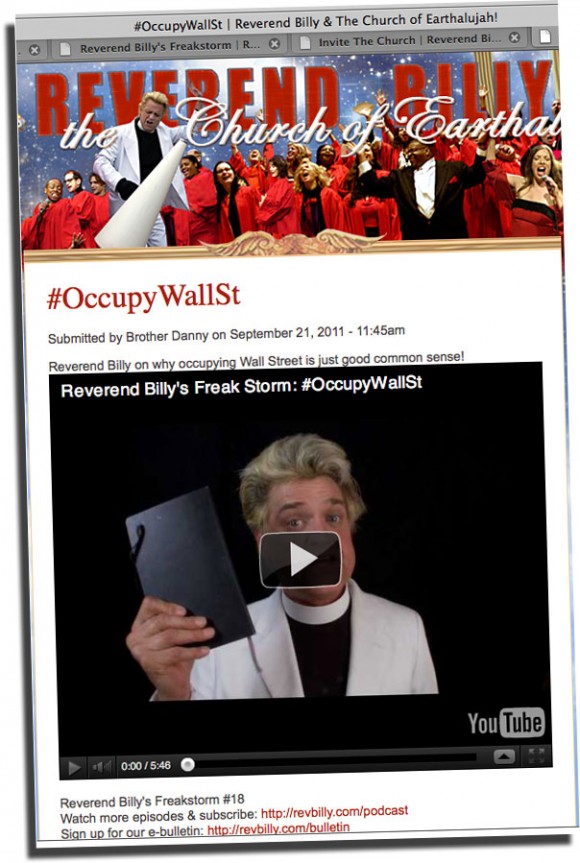 Because of what seems like a media blackout, I’ve been watching alternative media reports on the demonstrations outside Wall Street in New York.

Some coverage I’ve been following:

From Reverend Billy & the Church of Earthalujah! [love it, I’m a member, are you?!], read his Memo to Wall Street – We Live Here. or his Occupy Wall Street rant and the rest of his Freakstorms.

On rabble.ca Michael Moore explains why Occupy Wall Street will only get bigger

On Nation of Change they have a handy answer sheet for questions around who is behind this demonstration?

On Democracy Now they’ve got good coverage, including A tour of the occupy wall street demo