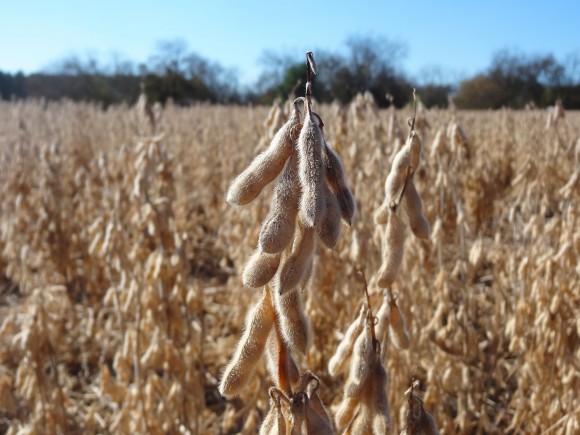 Soybean futures at the Chicago Board of Trade climbed higher over the past week (June 29 – July 3), hitting some of their best levels in six months as adverse weather in the Midwest provided support.

I have written variations on the above sentence more times than I care to count. If you regularly listen to AM country-music radio in Western Canada, you may have heard me report on the agricultural futures markets. If you subscribe to newspapers that feature tractor ads and in depth discussions on wheat midge, you may have also read my latest take on canola basis levels.

The Venn-diagram of Geez readers and conventional farmers likely has a very small overlap. Wendell Berry is not generally quoted in the mainstream farm press, just as the latest developments in the price of soybeans are unlikely to gain top billing in the pages of a decidedly non-mainstream religious magazine.

Perhaps that could change.

Stories on urban backyard chicken farmers, back-to-the-land organic homesteaders, and back-lane dumpster divers all have their place in the broader discussion on food and where it comes from. However, to only shine the light on those shadier back corners of food production and distribution may miss the bigger picture.

Factory farmed livestock eating genetically modified grain, all of which has been liberally doused in chemicals, is a big part of what makes North American agriculture what it is. Crops that aren’t being grown to feed livestock are grown for export. As a quick example – there’s a good chance the fancy European mustard on your next gluten-free quinoa burger was originally grown in Saskatchewan before crossing the ocean a couple of times. (The quinoa may also have been grown in Saskatchewan, but the Saskatchewan grown quinoa is much more expensive than the South American imports.) (And, while I am writing predominantly about grain farming, the ability to purchase organic lettuce at the local grocery store any time of the year comes with its own set of issues for another time.)

At the most basic level, most (if not all) people would say that they would like the world to be a better place. The definition of ‘better’ can be contentious, as are the numerous methodologies to achieve that betterment.

Rather than get into a discussion of the pros and cons of genetically modified crops, or factory farmed chickens, or even ‘local organic agriculture,’ I would like to simply relate one anecdote for contemplation.

My cousin is a farmer in southern Manitoba and at Easter dinner he asked me if soybeans would go back above $10 a bushel. At the time they were around $9.50 and more likely to move lower than higher, but I told him I’d buy one bushel myself for $15.

He said I could have one bushel for free and, long story short, there is now a large bag of genetically modified soybeans (about 60 pounds) sitting in my basement.

I have already made some half-way decent soy milk and tofu from these beans. If all goes according to plan, a batch of home-brewed soy sauce will be ready in a few months time (although that may also turn into an experiment in food poisoning waiting to happen). These soybeans have been treated with a number of chemicals in the course of being grown, and in some respects could be considered to represent many things that are wrong with the prevailing methods of food production. However, they were given freely by my cousin, who I trust. My meat-loving cousin has never willingly eaten tofu, but he grew these beans in the land that he cares for, only a few miles away from where I grew up.

It’s safe to say that the vast majority of the soybeans grown in North America are not grown for making tofu. Rather, they are grown for making meat. That probably won’t change anytime soon, no matter how much organic edamame finds its way to the local farmer’s market. However, the simple point to end on is this: There is still tofu to be made, even where you least expect it.

Soybean futures at the Chicago Board of Trade climbed higher over the past week (June 29 – July 3), hitting some of their best levels in six months as adverse weather in the Midwest provided support.

(However, what is typically not written is that the higher prices mean little to those farmers with nothing to sell because their crops were wiped out. The bad weather this year may be a sign of larger problems down the road. Higher North American soybean prices mean higher costs for international customers growing their own mono-crops who must import soybeans across the ocean to feed their livestock. The higher soybean price also means that seed costs will be more expensive next year. Other inputs will also rise as the large companies in the background all take their cut. If prices are going up, that’s also a perfect reason for railways to raise their rates, further cutting into the end profit for farmers.)

Phil Franz-Warkentin lives in Winnipeg, Manitoba, where he reports on agriculture by day and attempts to grow backyard vegetables by night.