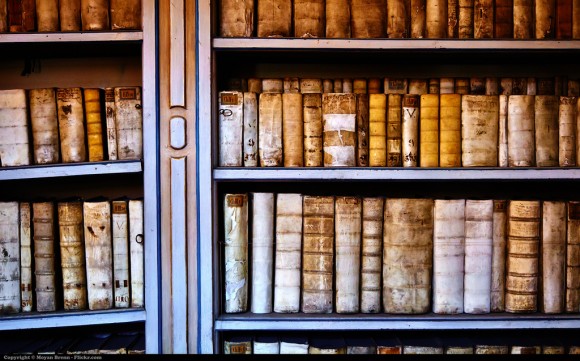 The first is Liquid Surveillance co-authored by sociologists Zygmunt Bauman and David Lyon. Bauman is a social theorist who has written dozens of books on hermeneutics, social class, post-modernity, among other things, while Lyon’s work has focused mainly on surveillance. Liquid Surveillance is a back-and-forth discussion between Bauman and Lyon, on communication technology, social networks, drones, consumerism, and consumerism in culture and society. Rather than discussing what it is, they unpack what it means, globally, locally, psychologically, socially, and spiritually. The scope and reach of our technology is astonishing and its growth exponential, but these two writers have the ability to observe broad swathes of culture and extract the threads of meaning. Thinkers like this are rare and, in terms of mass appeal, almost completely ignored, which is unfortunate to put it mildly. Bauman and Lyon will never draw more than a tiny sliver of the attention of an iPhone launch, but they precisely the kind wisdom we need to navigate the technological waves. Former Geez poetry editor Maurice Mierau just released Detachment: An Adoption Memoir. Mierau puts himself dead centre between two basic stories: the first, that of he and his wife adopting two boys from Ukraine; the second, that of his father’s family who fled Ukraine after WWII. Mierau feels disconnected from his father, at least in part because he doesn’t know what his father lived through, and now he’s disconnected from his sons because he doesn’t know what they’ve lived through either. Mierau stands between these two generations, and beautifully recounts the painful, aching, transformative process of becoming a fallible but deeply loving father. Gorgeous. Charles Taylor’s A Secular Age is the kind of book I ought to read and hope to read, but it’s more than a bit daunting: according to Amazon it weighs just under 3 pounds, heavy for a book. And just wait until you open it. In the meantime, I’ve just finished James K. A. Smith’s How (Not) To Be Secular, a book about Taylor’s big book. Smith’s is “a commentary on a book that provides a commentary on postmodern culture” and a guide to help us “get our bearings in a ‘secular age.’”

Smith has read Taylor very carefully, and he uses A Secular Age to help diagnose how we got from a society saturated with the overt influences of Christendom, to one that is largely unbothered by questions of the divine. Western culture encourages us to believe we have simply outgrown belief, that the secular has triumphed because we have shed the foolish illusions of religious superstition. Smith says that secularism is not a simple subtraction story where our vision has become clear as we strip away silly belief. Instead, it is a “product of creative new options, an entire reconfiguration of meaning.” Smith’s book graciously muddies the waters of the tidy “once was blind, but now I see” narrative of secular culture. A digestible account of some brilliant, heady stuff; makes me want to read Taylor. Finally, you should all go straight to the bookstore and buy a copy of Christian Wiman’s new book of poems, Once In The West. Poems about home, memory, disease, sex, and death, all humming with faith, or at least a deep longing for faith: Wiman can put everything into so few words. I’m reading this book aloud, slowly, devotionally, early in the morning so no one else hears the tremble in my voice. Poems like this are enough to make a true religious believer out of me, not because they’re sweet or soft, but because they are unflinchingly true.