Review: This Changes Everything 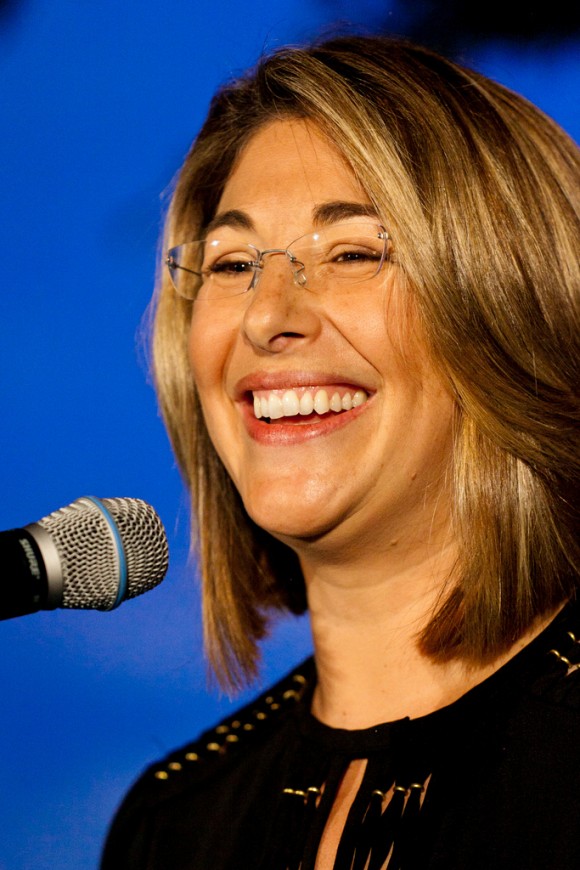 On October 17, the Pacific Climate Warriors, a group of Pacific Islanders from a dozen countries, used canoes and kayaks to prevent the shipment of coal from the largest coal port in the world, the Newcastle port in Australia. Four coal ships made it past the protestors with the help of local police, but the organizers say they prevented another eight ships from leaving the port. Protesting the coal industry that threatens their lives and livelihoods, these Indigenous people and their allies (those standing on the beach and those who sent supportive messages from all over the world through 350.org) are one manifestation of the phenomenon Naomi Klein calls “Blockadia.”

“Blockadia is not a specific location on a map but rather a roving transnational conflict zone that is cropping up with increasing frequency and intensity wherever extractive projects are attempting to dig and drill,” writes Klein (294-95). The title of her new book, This Changes Everything: Capitalism vs. the Climate, leaves dangling the question of exactly what “changes everything,” but Blockadia is clearly one of the answers.

Klein is the author of No Logo and The Shock Doctrine. Her new book is filled with epiphanies, disasters, failures, and reasons for hope, all with far-reaching effects and enormous potential – for better or for worse.

Because of warming temperatures and rising sea levels, natural disasters like Hurricane Sandy and Typhoon Haiyan are already happening and the very existence of some Pacific islands is under threat. Klein’s opening chapters are not an argument that climate change is real (she assumes her readers, along with the vast majority of scientists, accept this already); instead, she argues it’s time for the Left to set aside its own form of climate denial, the denial that there is anything we can do about it. The climate-change deniers on the Right know all too well that accepting the reality of climate change demands widespread systemic change and an overhaul of the neoliberal economy to make the shift to renewable energy. The deniers don’t want to see those changes happen, but, remarkably, the environmental movement has for decades acted as if it didn’t want to either.

Klein sees the double whammy of the climate and financial crises as a remarkable opportunity to create a more sustainable and equitable world, but it will require that we do the very things climate deniers of all stripes have been working so hard to avoid: we have to think about the environment and the economic system together, and we have to act quickly. She writes, “our economic system and our planetary system are now at war. Or, more accurately, our economy is at war with many forms of life on earth, including human life. What the climate needs to avoid collapse is a contraction in humanity’s use of resources; what our economic model demands to avoid total collapse is unfettered expansion. Only one of these sets of rules can be changed, and it’s not the laws of nature (21).”

Neoliberalism has changed everything, too

Klein traces the “parallel processes” of neoliberal economics and the climate movement as a case of bad timing (76). Just as Margaret Thatcher and Ronald Reagan were revolutionizing economies to leave all matters of the common good up to the market, the crisis of the depletion of the ozone layer, first popularized in 1988, demanded protection for the environment.

Neoliberalism and environmentalism have been at cross-purposes for decades, with economic policy and free trade agreements, supported by bodies like the World Trade Organization, preventing governments from sheltering the environment and vulnerable people from the whims of the market. Although some environmental groups such as Greenpeace and Earth First! have consistently resisted, more embraced neoliberal economic policy. Big Green has pushed for lifestyle changes for individual consumers while getting cozy with oil corporations and governments, avoiding looking at root causes while creating a culture of “lopsided sacrifice” where the big polluters are not held accountable and where “cap and trade” replaces emissions reductions (117). Klein dismisses neoliberal “magical thinking” in all of its forms (189): the market will not save us, Big Green will not save us, capitalist philanthropists like Richard Branson and Bill Gates will not save us, and neither will massive carbon-sucking machines or experiments in pumping sulphur into the atmosphere to deflect the sun’s rays. “Only mass social movements can save us now” (450).

After the depressing middle section on magical thinking, Klein’s final chapters express hope that in our moment of austerity and climate insecurity social movements can come together to wrest power from corporations and oil-addicted governments to demand change. The moment is ripe because fracking and open-pit mining in North America and elsewhere have situated ugly, extractive projects in the backyards of so many people, not only the marginalized communities that have always borne the effects (cancer, birth defects, unbreathable air, oil spills) of carbon extraction. “We are all in the sacrifice zone now,” Klein writes (315), and people are joining together as communities to say no to the development of “new carbon frontiers” (335).

Significantly, Klein sees Indigenous rights as an important aspect of the shift to renewable energy. “No one has more legal power” than Indigenous people to fight climate change; First Nations have for too long borne the burden of protecting ecosystems and waterways on their own (375). It’s time for coalitions of First Nations people and settlers to come together. Klein also advocates other power shifts – a “polluter pays” model for funding the transition to clean energy that taxes fossil-fuel companies the way tobacco companies are penalized now (418), a system for countries in the global South to “develop differently” with financial help from those countries whose development cost the earth too much (414), and a shift to more equitable power relations with the natural world, led by Indigenous people (394).

I rode the lows and highs of Klein’s book with some skepticism: I took both her sarcasm in mocking climate-change deniers and her too-brief history of neoliberalism (compared to David Harvey’s very useful Brief History) as signs she’s preaching to the leftist choir, not engaging people who are undecided or not in the know. I’m tempted to be critical of this choice, except that Naomi Klein is so very good at thinking things through in accessible ways for emergent social movements that I can’t be sure – maybe she just knows her audience. The connections she draws between neoliberalism and climate change are fresh and significant, with the potential to pull together coalitions of diverse social movements that might not have realized they have shared or overlapping goals.

I followed Klein right to the lowest low with the bleak vision of a geoengineered globe, but I struggled to follow all the way to the highs of the “love will save this place” vision at the end of the book (337). I scrawled question marks and “white saviour?” in the margins as I read her vision of climate justice as “the unfinished business of liberation,” of feminism, civil rights, and Indigenous sovereignty (458). Isn’t she being a bit starry-eyed?

Yes, Klein is starry-eyed and sappy, ending the book with a chapter on her struggle to get pregnant and how it relates to the fertility and diversity of the planet. In a way, it’s all overdone, except that hope is exactly what people need if this idea of people power overthrowing corporate power is going to catch on. It would be possible to dismiss Klein as being out of touch with reality, but I get the sense that she is very aware that things might not go the way she envisions, and that’s all the more reason to find more examples of how it just might work. In the end, maybe it’s not important to be fully convinced by Klein’s argument, just convinced enough to give it a try.

The Pacific Climate Warriors, paddling their canoes to block the paths of coal ships, are taking the kind of action Klein advocates, gathering their communities to demand change from the corporations that are knowingly extracting more fossil fuels than we can afford to burn. And the global support rallied by 350.org links this small action to a global Blockadia movement that has people power on its side.

Melanie Dennis Unrau is the poetry editor at Geez, a graduate student, and a poet. She lives in Winnipeg, Manitoba.