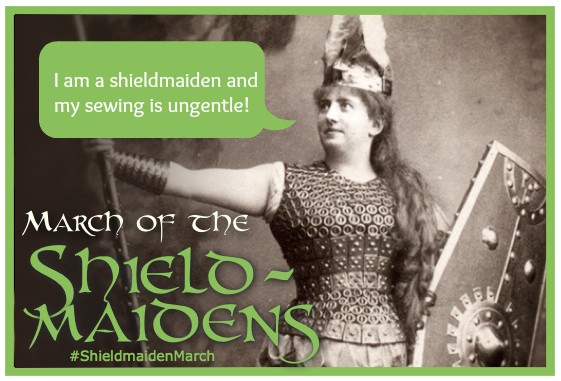 Right around the time my coworker Tim posted How to Read Radically, I was undergoing my own mini crisis regarding one of my favourite books.

See, I have a confession: this Geezer is a nerd. And a big one at that.

I live and breathe The Lord of the Rings (LOTR) and the rest of Tolkien’s works; I’ve been reading and studying them for at least half my life. I’ve read The Silmarillion so many times I can rattle off the history of the Elves of the First Age of Middle-earth quite easily. I collect maps. I’ve even taught myself Elvish. I can honestly say that Tolkien has shaped my life and my identity far more than any other book has or ever will.

It might sound like an exaggeration when I say that I experienced a crisis, but that’s what it felt like. I’d realized that this world I love so much is made up of something I just can’t get behind; Middle-earth is made up of patriarchal societies.

What do you do when you realize that something so influential in your life has a serious flaw? For me the question became: how do I read LOTR as a feminist, as someone who is becoming more aware of representations of women in literature, pop-culture, and, especially, geek culture? I’d spent so much time reading these books one way that I had to relearn how to read them.

I talked to friends about this and they all brought up Éowyn, who is a great example of a woman subverting gender roles in her society. For those who don’t know this character, Éowyn is a shieldmaiden, a woman who wants to fight in battle, who wants to gain valour and renown by the sword; she does not want to be stuck at home. In The Return of the King, she goes to war (disguised as a man, mind you) and kills the Witch-king, one of the nine Ringwraiths, of whom it was said “no man can kill.”

But she is an exception. Middle-earth is still a world in which men have jobs and go into battle and women stay home and mind the children. Éowyn isn’t one of many shieldmaidens, she is the only one. While she does go off to war, she afterwards gives up her sword to become a healer and get married: “I will be a shieldmaiden no longer, nor vie with the Riders, nor take joy only in songs of slaying. I will be a healer, and love all things that grow and are not barren,” (ROTK, 292). This is still a world in which women are ultimately expected to marry and have children, and Éowyn eventually does so.

In terms of character development, I actually think Éowyn’s choice shows growth and strength; she experiences battle, realizes it’s not what she wants, and decides to follow a different path. But I do wonder if Tolkien chose to write her that way because he felt some discomfort at the thought of there being an unwed woman at the end of the story.

However, I think there’s a bigger problem that appears in geek culture itself. Tolkien’s influence on fantasy has seen other writers taking the command to “go and do likewise” literally, and fantasy worlds are often still made up of patriarchal societies, especially those that are modelled after the Medieval era. Women are still portrayed as second-class citizens with very few rights, and only a select few are allowed to overcome that. Shieldmaiden narratives are especially prevalent in fantasy novels (see Tamora Pierce for example), and while I’m all for overcoming obstacles in the name of character development and good storytelling, why does simply being a woman have to be one? I fully realize that “woman” in this instance could easily be replaced by “person of colour” or “differently abled,” but that’s a conversation for another time.

The patriarchal mindset in fantasy novels translates into blatant misogyny in geek culture. On the internet, men often say phrases like “get back in the kitchen” or “make me a sandwich” to women who voice their opinions on geeky things. These are passed off as jokes and are, though still harmful, relatively tame compared to what else is out there.

For example, in September and October 2014 Zoe Quinn and Anita Sarkeesian, both of whom are game developers and have been critical of the way women are objectified in video games, were viciously attacked via Twitter under the hashtag #GamerGate and sites like Reddit and 4Chan. Each received rape and death threats, and Quinn’s address and phone number were published online, causing her to leave her home.

Jenn Frank of The Guardian, who wrote about the situation, said, “For some, it isn’t only about targeting one woman, two women, or a handful of women. The endgame is to frighten all women out of the video games industry – no matter what they write, film, create or produce – and to additionally frighten anyone who would support them.”

I’m not saying that Tolkien is directly responsible for the abhorrent way women are treated in geek culture, and there are several other factors that contributed to #GamerGate. But, I think his influence does play a role; for decades people reading have been reading fantasy that takes place in patriarchal societies partly because Tolkien is the writer to emulate. And so, geek culture has taken on the idea that women don’t belong.

Ultimately, I can’t change the way LOTR was written and I don’t think anything can take away my love for it. But I can join the conversation. I can use my new experience of reading LOTR to add my voice and stand up for women in geek culture.

Do you have questions/comments/advice/book recommendations for this flailing feminist? Do you want to continue the conversation? Let me know in the comments or email me at kyla[at]geezmagazine.org.

Kyla Neufeld is a poet and the Managing Editor at Geez. She will be writing about feminism and other topics in geek culture for Area of Effect, a new online magazine about all things geek (first issue coming out in February).