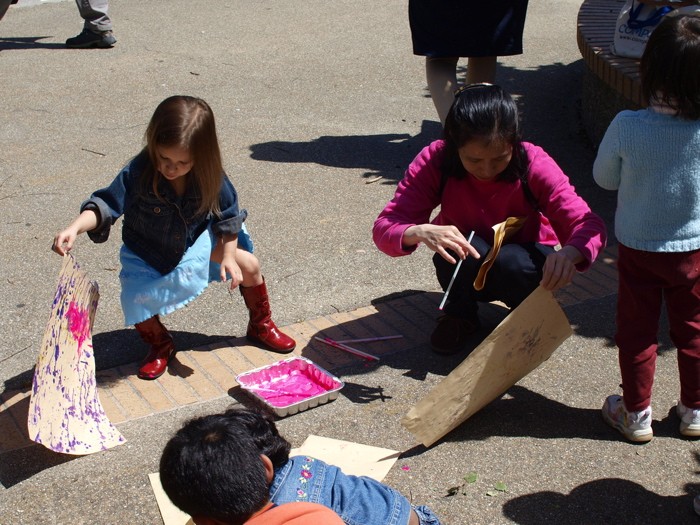 A few years back, I was volunteering with a group that met in a private Christian elementary school in our city.

Glancing around at the classroom, I noticed a list of guiding principles. The first read, “Obey authority.”

My own kids attended a groovy public charter school – open to all students in the state, with admissions made by lottery. Though I could easily imagine our school having hand-drawn posters proclaiming “No Shoes Required” or “Share Your Tofu,” no classroom had a list of rules or restrictions. If one ever did, I mused, it most certainly would lead with “Question authority.”

Despite both my contentment with the school my kids attended and the gaping ideological chasm between the two institutions, I learned, years ago, that I couldn’t really say for certain that I would never be signing my name to a hefty tuition cheque for an 8-year-old.

I’m of the type who really want to believe they’re committed to public schools. I simply can’t justify giving my children a privileged education that is not afforded to folks with fewer material resources. I believe, in my deep places, that all those who are beloved by God – especially the “poor” – are no less mine than “my own” children. (Admittedly, this is mostly theory, since I have a low tolerance for kid-noise. I try to work out my principles in ways that don’t include much hospitality. Believe me when I say it really is best for everyone.) Paying to educate my young children would have felt like agreeing with the lie that my kids – of affluent, white, educated, married parents – were somehow worth more than kids whose families could not afford it. Nothing about that resembles the kingdom of God.

In The Death and Life of the Great American School System (Basic Books, 2010), Diane Ravitch insists, “Going to school is not the same as going shopping. Parents should not be burdened with locating a suitable school for their child.”

We shouldn’t, but we are.

When she was 3, my typically-developing daughter was integrated into a public-school classroom of special needs students to model play, speech and socialization. While some might applaud the “sacrifice,” the reality was that the cost of “free” fit my budget. I didn’t have to pay for preschool, and she loved being with peers.

When my husband and I adopted our third child, I was suddenly home all day every day with three children between the ages of 2 and 4. Could I even help it if, when my husband sent me out for the daily stress-detox walk, I happened to pass an awesome, new public charter school six blocks away that was still accepting kindergarten students? Or that my precocious 4-year-old tested as super-ready for kindergarten? Three weeks later she was enrolled. Thanks to “sibling preference,” her younger brothers would eventually follow suit.

When middle school rolled around, I entered the city-wide lottery for the fabulous arts magnet school. We got chosen. When the next child was ready for middle school, I entered and won again. Could I even help that I had awesome karma? Because all children, rich and poor, theoretically have an equal shot – if their caregivers can navigate unwieldy deadlines and paperwork – I graciously accepted the spots.

This month, as my third child approaches middle school, my awesome karma inexplicably failed. Unless some kind of miracle happens before this fall, my third child, who most needs a gentle place to land, will be starting at (gulp) an actual public school – the kind to which I’m theoretically committed. And while I’d love to say that in three years I’ll be proudly watching him graduate from this particular middle school, I’ll probably re-enter him into the magic magnet-school lottery every single spring. I know this because a few years back I learned that, no matter what I think I believe about education, I might never really know for sure.

About eight years ago the director of children’s ministries at our church gathered parents of 4-year-olds for a sort of smorgasbord conversation about school options, with the help of parents of older children. One panel-parent had kids in a typical public school, one had kids in private school, one homeschooled. I represented the public charter school.

While I showed up pretty sure the evening would prove just how dead right I was and how horribly wrong some of the others were, it didn’t turn out that way. Instead, I heard stories of previously vibrant children who would come home from their difficult public school settings and collapse into bed with depression. I heard stories of children whose learning needs were not being met and who needed to be homeschooled before they fell further behind. And while I pray, for my son and myself and the world, that I’ll never have to homeschool, I can no longer say for sure I won’t.

What I’m fairly certain I can do, though, is offer my laptop, wireless connection and bureaucratic expertise to a neighbour who doesn’t have the resources to get their child or grandchild into the fabulous magnet school.

And if they somehow “get” our spot? Then God’s will has probably been done on earth as it is in heaven.

Margot Starbuck, in Durham, North Carolina, is the author of Permission Granted _(Baker, 2013), about loving those we consider “other.” Connect at www.MargotStarbuck.com