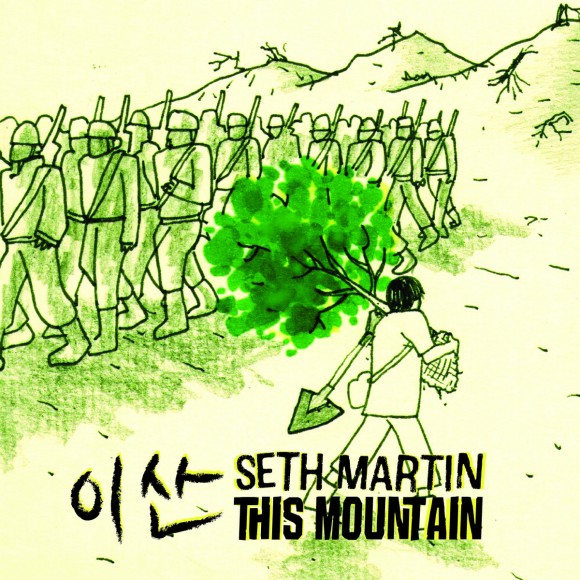 The singer-songwriter and U.S. citizen living in South Korea, Seth Martin, has a new album out. In This Mountain, Martin reflects on the rising tide of conflict inside the United States.

In a mini-review of the album in the current issue of Geez, Randy Woodley says “The album is simple, raw, earthy, direct, image-rich, and cuts through all the bullshit around me.” See the rest of his comments and a link to the album here.

Looking ahead, in the forthcoming issue of Geez, Martin has a letter to white evangelicals in trump-era U.S.A. Here’s an advance glance at what we’re working on:

To my white evangelical friends and family in the U.S.

Well, you did it. Against all odds, you came together with an astounding act of unity and made Donald Trump president.

I’ve been trying to write you this letter for weeks. As someone who has felt your love and support for over two decades―as a member of your family who wants desperately to understand how the people I grew up loving and knowing to be so kind and Christ-like could be the same people I see today―I’m asking for your help.

Why did you do it? And how do you feel now?

Watch for the letter and possibly some responses in the forthcoming summer issue of Geez.