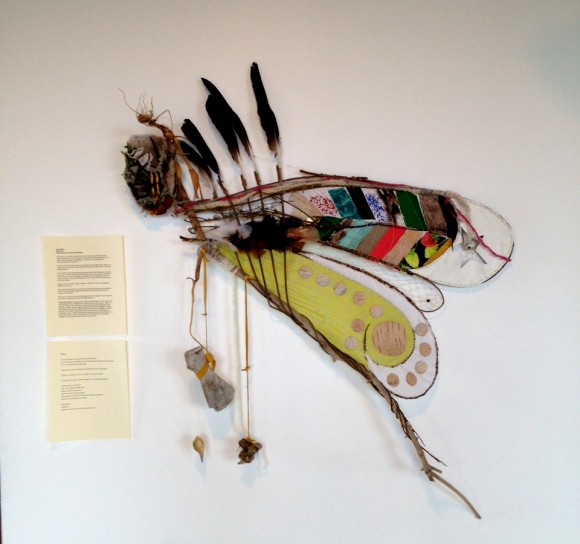 The other day, my friend asked me to help her understand this term: decolonization. She’s Cree, from Northern Manitoba, and I’m French-Canadian from the Red River Valley. She just asked casually, in a matter of fact kind of way. I kind of froze for a minute, feeling the weight of history and injustice, the reality of our ancestries and what they’d meant for each of our present day lives, sitting heavily there in the space between us. A lump formed in my throat, tears stung the backs of my eyes. I offered a weak little smile and we started to talk together.

Decolonization is a murky and complex concept that attempts to address, maybe even undo, the damaging effects of the colonial acquisition project.

Decolonization has to do with land; with sovereignty and governance; with resource management. It has to do with politics and progress, with ecological justice, with treaty and law. It’s also about reconciliation, a modern day re-imagining of historic injustice. Maybe it’s a healing of the division that has characterized the global relationship between settler peoples and original peoples, between dominant and oppressed, mostly between European and indigenous.

I don’t know if its okay or offensive to say this (and to be honest, I’m really nervous about putting my thoughts out there because I feel terribly inadequate for comment on something so important!), but what I thought about as I reflected on my comments to my friend’s question was this: while decolonization might be defined in lots of ways, it is grounded in human relationship, and it has to do with spirit. This, ironically, is something my Indigenous friends and relatives have taught me to believe in and trust far more than any other teachings I’ve received have ever even attempted to do. There’s this project I’m part of: The Decolonization Dialogue and the Living Well Together Art Show. It grew from a spirit of decolonization. You could say we’re getting together and attempting to simplify decolonization for ourselves and for others. A few courageous women (Indigenous and non-Indigenous) have met over the past couple of years to engage in dialogue circles and collaborative art-making about what decolonization might mean or look like to us. We’ve shared, cried, laughed, and created inspiring art together. We’ve held exhibits and shown our artwork to the world. More than defining decolonization, we’ve tried to put our experiences alongside each other.

We think that, somehow, decolonization is happening in our midst, in our experience, in our families. We’re trying to forge a path for it to happen more often and in more ways in our communities. We’ve acknowledged that decolonization represents something we long for. We’re chasing something that was absent from too many experiences and conversations we’ve had in the past. We’re actively, practically believing that another way is possible, and not just for a few of us. We’re getting together and intentionally doing what colonization didn’t do: we are hearing, we are asking, we are listening, we are laughing, we are enjoying each other, we are learning together, we are open to change around us and in us, we are embracing our similarities and celebrating our differences. And, we’re acknowledging often and in humane ways that this is what should have happened in the first place – when our ancestors first met each other.

Assumptions of superiority and widespread injustice have characterized so much of Canadian and human history; we long to be actively different, with no reluctance to name the wrongs as wrongs or hear about their cost, and then embrace each other – including our wounds. We’re hearing about residential school stories and legacies from each other; in addition to what we read in books, articles, or Facebook posts (not to minimize those, but something is different when a friend faces a friend and shares her story, no?). We’re telling each other not only what its like to be “Native” in Canada or in Winnipeg, but also what its like to experience the slow dawning of awareness of privilege, usually followed by the sting of shame. We are turning towards each other, not away from each other.

As I think again about my friend’s question, I’m wondering whether the hug we shared – our mutual embrace – might have been a good enough response to her question: “what is decolonization, anyway?”

Kelly Bernardin-Dvorak is a therapist and community advocate who lives in the North End of Winnipeg with her family. She appeared in the “Mona Lisa Portrait” series in Geez 37, Happiness is Illusive


Feature image: “My Mother” by Maria Epp. The piece is a rendering of Mother Earth, and Maria’s wish is for her to be restored, respected, and honoured. Maria is on a decolonizing journey that includes her family, and she seeks to examine her colonial roots through relationship with land, nature, education, and community.

Middle right: “We Are All Sacred” by Cheryle Dreaver. The piece is about how the way forward is through acknowledging our human sacredness. Trauma has damaged this awareness, but it is being reclaimed. Cheryle is a compassionate and spiritual woman who is very interested in deconstructing decolonization through empowering women and regaining lost teachings about our value and strength.