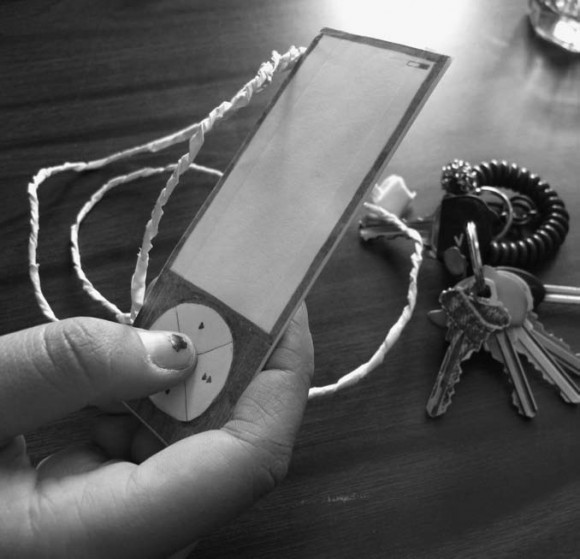 Looking over what I’ve written, it seems long and negative. But stick with me. I like to name the problem and then work for change. So, on the topic of me, computers, and saving the world, here goes!

I feel contrary
Especially around the issue of computers. The phrase I usually offer in response to those good people who point to the value of computers in helping us save the planet and alleviate poverty and hunger is, “I’m not convinced of the salvific capacity of cybercommunity.”

I think much (who knows, it could be most of) the damage to world and human relations have been brought to us by computers and high technology. This means I don’t subscribe to a “neutral” view of technology.

That is, I don’t agree with the snap reasoning that says “Guns don’t kill people; people kill people.” Therefore guns aren’t the problem, the reasoning goes, and by inference, we could (should?) all carry lethal weapons on us whenever we want (I’m making a dumb argument, but it’s logical). I think the presence of lethal weapons in the room changes the stakes of our discussion, changes the possible outcomes, changes our approach to resolving disputes, changes our perception of legitimate and viable options for handling disagreements. Having guns around means more than nothing. It means we could use those guns if we wanted to, you know. Same with computers, I think.

Computers are not neutral. Rather than pontificate in general about the pitfalls of computers everywhere, I’d like to write briefly about observations of myself.

Lazy
As much as my computer helps me be efficient, it also helps me be lazy. Instead of pulling a book off the shelf and looking up the meaning of a word (I’m an editor, so I need to do this quite often), I move my hand to my pointing device, roll it on the plastic sheet so that the screen changes to reveal an electronic representation of a dictionary. By moving my hand some more and pressing some buttons, I make the screen produce the representation of type-written words that provide a definition. This is “quick” and “easy.”

(The words are in quotations because I wish to challenge the assumption that “quick” and “easy” are good things. I have a suspicion that they are bad things. They are the building blocks of a computer mentality, of a consumer mentality. Both of these mentalities seem at odds with careful thinking and a deep spiritual life. But that’s simplistic thinking, which is at odds with computer thinking, so I bet most people reading this won’t immediately recognize it as wisdom, myself included.)

As much as I expect convenience and ease from my computer, I expect to wish and expend less energy for the same amount of work. Yes, efficiency is essentially laziness. Efficiency, a capitalist virtue, when applied to my character, becomes a vice, laziness. This is the sneaky perverseness of a computer mentality. It makes me lazy. I would add impatient and frustrated.

Impersonal
I confess, and this is an embarrassment, that when I’m at work at Geez magazine, I often email people sitting in the same room with me. I sent an electronic message (by way of a wire from my computer, out the wall, down the street to the privately-owned phone company, through fibre optic cables a province away to a small computer company and their machines in Waterloo, Ontario, and back again) that contained the following words, “Hi Michelle, did you resend a magazine to [a Geez writer]? She wants to know when she can expect it. -A.”

I was in the middle of something and I didn’t want to take the time to jot down a note or take two steps and interrupt her with this question. So she sat at her computer and I sat at my computer and we communicated that way. Now, because we have a good and inter-personal working relationship, I won’t go so far as to say we were acting like robots at terminals. Actually, I will say I was acting like computers: why be more personal when you can be less personal and get the job done faster and easier with a computer?

By choosing electronic communication over conventional personal communication, I’m becoming computerish, that is, a cyborg: a human computer mixture. This is normal in our day and age. I’ll make a judgment and say that I consider being a cyborg is being less human and less personal than more. Unless, of course, computers can be personal. And I won’t deny that for many people, they are. I allow them this, in the same way as a vegetarian, I don’t pull chicken wings off a meat-eater’s plate.

Careless
By using a computer, I’m failing to attend to the collateral damage they cause. To use paper and pencil as a counter example, when I write on piece of fresh white paper, or toss a sheet in the recycling pile, I feel a mixture of privilege and guilt. I feel it’s special to still be able to write and print on paper. Trees seem so precious and scarce; they are living objects (creatures?) that I look at each day. As I used the pulp of the tree, cleaned and pressed by energy-intense factories, I’m conscious and I care about the impact I’m making on the world, on my friends the trees (I have a sappy(!) side).

When I use a computer, I can’t grasp my impact. In most ways I’m baffled at how they work. How is this plastic, image-producing screen made? Who made it, where? I don’t know. And, oh, all the energy that goes into manufacturing, programming, marketing, transporting, and then, after only a few years, upgrading and doing it all again and again. Not to mention the actual energy required to see what I’m typing and send it to readers. It’s baffling, disempowering and disconcerting.

I usually accept all this without pang of conscience or hint of guilt. In fact, my computer mind tells me this is a more efficienct way to go. Because of the opacity of the technology (I’ve learned this wording from Albert Borgmann; whipping cream is transparent, we know what it is and where it came from. Cool Whip, on the other hand, is a mystery. It is opaque, we don’t quite know what it is or where it came from. But, supposedly, it is better.) I’m stuck being careless in my use of computers. (Borgmann calls this “careless power”.)

Stupid
This is an offensive word, and I don’t want to become stupid. If I engage in behaviour that weakens my mind, that reduces my capacity for concentration and recall, and do so knowingly, maybe I’m becoming stupid. (I resonate with Nichoas Carr in his article, Is Google Making Us Stupid?) I feel it when I have to go to my computer to look up my friend’s phone number.

I feel I’m losing my ability to navigate the physical world when I consult the computer to tell me how far and what is the best way to walk to the hardware store (3.9 kilometres, if I go straight up Arlington and then head west on Sargent). I have gone this route probably a hundred times before. But my computer, for some reason, knows the route better than me? This is weird. (For how a nation can diminish it’s collective intelligence, see Darin Barney’s “One Nation Under Google,” which you can find off a link on this page. We’ve reprinted from this in Geez magazine.)

I could go on about the demerits of computers in my life. But I won’t. Instead, I’ll explain why I continue to use them.

Hypocrite, sort of
Well, for the benefit of purists I need to openly admit, to them and their binary (and top-down) way of thinking, I’m a hypocrite. I find it more helpful to develop a framework of judgement for the use of tools and technology. For example, I’m against the way we’ve structured our world around cars, yet we still have and enjoy using a small camper van in the summer. I know I’m a hypocrite (and, obviously not the saviour of the world).

I can’t be hardcore about everything (I’m hardcore about not eating meat, not using violence against others, not shopping at Wal-Mart, Starbucks, Home Depot, Costco and McDonald’s and anywhere else in the whole U.S.A. I’m joking about the last one. Funny Canadian, eh?) I have more to say about this in Computology Part 2. — Aiden Enns, editor Geez magazine