Better Off: Learning our Lessons

by Christina Crook | Published 6th July 2012 in Ways of Seeing 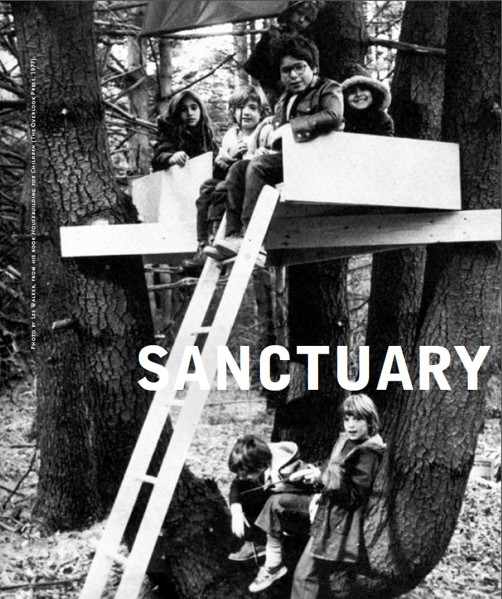 The two young lovers in Wes Anderson’s film Moonrise Kingdom begin their journey in a wild summer field. The orphaned boy and his troubled friend have kindled their friendship by way of letters and the connection deepens as Sam teaches Suzy to pitch camp and she reads to him by moonlight. The two plan to flee their small New England town which causes a local search party to fan out and find them.

Click here to watch a clip from Moonrise Kingdom

My theatre-actress-aunt Astrid recommended Moonrise Kingdom, promising me I’d love it. She was right. I don’t keep up with Pinterest, I have trouble staying on top of Facebook, and I don’t Twitter, so chances are good I would have missed the movie had she not made a point of telling me about it.

The other day I stood barefoot in my friend’s kitchen. While describing the non-fiction she’s crafting, her hands expertly cradled a red pepper. I watched, enraptured, as she carefully sliced around the top, leaving the seeds intact, and carefully julienned the thick juicy skin. I’d always known I wasn’t doing it quite right. And here, without words, Jen showed me the trick.

My grandmother showed me the secret to the best french toast. Every morning after my single mom dropped us off before school, she’d butter a stack of bread, soak each slice in egg and cinnamon, then place each piece in a pre-buttered pan. When I was ten I learned that double-buttered french toast makes the world better, and I continue the tradition with my family.

In Moonrise Kingdom, Sam shows Suzy how to catch a fish and fry it. Suzy shows Sam the magic found in her suitcase full of books. These lessons stay with us, the ones that unfold in relationship, the ones that then lead to repetition and repetition to mastery.

I have a brother who is a chef. He could have taught me the best way to cut a pepper but I never thought to ask him. Not until I saw someone doing it better right before my eyes.

Educators understand that learning takes time. Yet somehow, when we graduate from the classroom, we forget this. The Internet has made it possible for us to Google search our questions at a moment’s notice and, while Wikipedia and Ask.com are brimming with answers, I think we often forget that the lion’s share of learning doesn’t travel well along the information highway… Like building Fred Penner forts with siblings, swapping marinade recipes around the barbecue, learning a new sport with a friend.

New Yorker Tim Kreider just wants to spend time with his friends but, he writes, “Almost everyone I know is busy. They feel anxious and guilty when they aren’t either working or doing something to promote their work… I recently wrote a friend to ask if he wanted to do something this week… But his busyness was like some vast churning noise through which he was shouting out at me, and I gave up trying to shout back over it.”

I often think about God.

I look up at cement-clad high rises and wonder if this is what God had in mind, wonder if God’s best hope for us was that we’d gather side-by-side in cubicles, miles above spider-legged byways, spending the currency of our lives in front of MacBook Pros with retina displays.

MIT-educated Eric Brende, author of Better Off: Flipping the Switch on Technology (where this series gets its name,) witnessed God in a barn-raising: standing shoulder-to-shoulder with sweaty-backed men and women, lifting walls, sharing stories and sipping sweet tea together.

“I was a member of the latchkey generation and had three hours of totally unstructured, largely unsupervised time every afternoon, time I used to do everything from surfing the World Book Encyclopedia to making animated films to getting together with friends in the woods to chuck dirt clods directly into one another’s eyes,” recalls Kreider in his recent New York Times op-ed, The ‘Busy’ Trap “all of which provided me with important skills and insights that remain valuable to this day.”

The best learning happens in the wide open spaces: physically, spiritually, mentally, and relationally, and disciplining ourselves to carve out these spaces may be the most valuable lesson we can learn.

“I did make a conscious decision, a long time ago, to choose time over money, since I’ve always understood that the best investment of my limited time on earth was to spend it with people I love,” confesses Kreider. “I suppose it’s possible I’ll lie on my deathbed regretting that I didn’t work harder and say everything I had to say, but I think what I’ll really wish is that I could have one more beer with Chris, another long talk with Megan, one last good hard laugh with Boyd.”

Like Kreider, I’d rather learn my lessons firsthand, sitting in my backyard taking notes from the trees and listening to you.

Christina Crook is a writer who lives in Toronto, Ontario; see her blog here