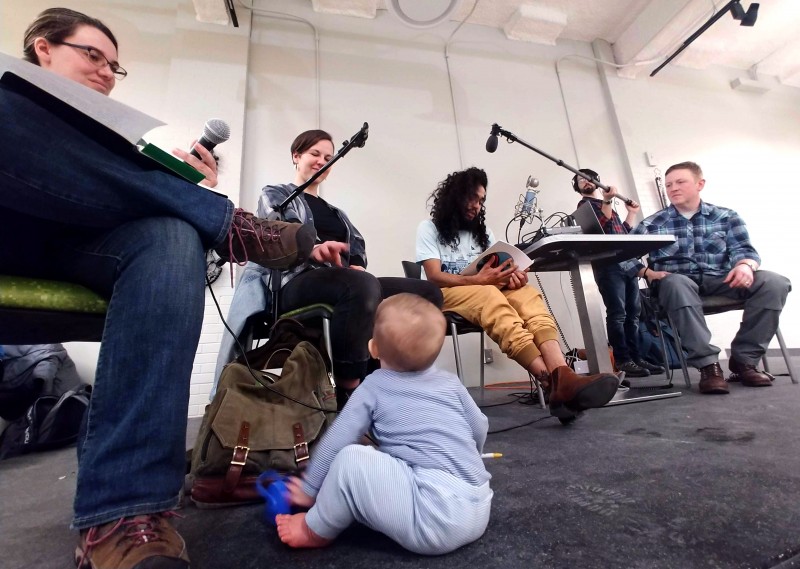 Anytime we talk about place, home, and welcome, it is a good time to talk about land acknowledgements.

Geez Press, Inc · Waawiyatanong: A Detroit Land Acknowledgement by Antonio Cosme, Geez 55: Entertaining Angels
^Antonio Cosme reads his piece live as part of Geez Out Loud. The piece was recorded at Wayne State University as part of a podcast in collaboration with Motor City Wesley. The audio is an exact reading of the written article.

A reminder that when we are hosting people, organizing an event, or offering a talk, it is important to begin with acknowledging the Indigenous presence on the land where we stand. Let us work to make sure it is not a token gesture but a meaningful practice.

“If we think of territorial acknowledgments as sites of potential disruption, they can be transformative acts that to some extent undo Indigenous erasure. I believe this is true as long as these acknowledgments discomfit both those speaking and hearing the words. The fact of Indigenous presence should force non-Indigenous peoples to confront their own place on these lands.”
– Chelsea Vowel, Métis, Beyond Territorial Acknowledgements

So for this issue, we begin by doing a territory acknowledgement for the place from which the magazine comes. We want to acknowledge the history and land, and honour the Indigenous people who continue to love this land here in Waawiyatanong (Detroit, Michigan). – Eds.

Knowing the history of land is knowing Indigenous history. On Indigenous Peoples’ Day, the Detroit Indigenous Peoples Alliance passed a resolution in City Council renaming Detroit “Waawiyatanong,” a word that articulates Detroit to the water. Differences in the European language and Anishinaabemowin (language) demonstrate the diverging approaches towards nature. Many Latin-based languages differentiate nouns by gender; Anishinaabemowin differentiates by animate and inanimate. Trees, rivers, and animals are animate objects with life and spirit, while manmade objects are inanimate. This is how we got to 410 ppm carbon in the atmosphere: a society that commodifies and destroys the sacred, worshipping the inanimate. Renaming Detroit one day of the year does not elucidate all of this history, but a vital first step is acknowledging that this special place had a name before Antoine de Moth Cadillac came a mere 318 years ago.

Waawiyaatanong has been a central meeting place for Great Lakes Indigenous peoples including the Anishinaabe: Odawa, Ojibwe, and Potawatomi. The Wendat, an Iroquoian agricultural peoples living in permanent settlements around Lake Erie, called the Detroit area Teuchsa Grondie, or “Land of Many Beavers.” Beavers build wetlands that teem with life, creating critical habitat for fish, waterfowl, and 85% of North America’s wildlife species. Wetlands purify polluted waters, keep nutrients in the ecosystem, and check the destructive power of floods and storms. But beavers, once sacred, became a commodity to the French who traded their furs to supply Europe’s fashion-driven demands.

French desire to control the fur trade led to their settlement of Detroit in 1701, as Cadillac, the colonial governor, attempted to fend against British settlers and monopolize the market. By 1760 Detroit was ceded to the British, who attempted to appease Natives by restricting colonial settlement in the coveted, fecund Midwestern soils. The American Revolutionary War was fought, in part, to secure “American” settlers’ access to the Great Lakes and Ohio. However, the mosquito-laden wetlands that dominated Southeast Michigan prevented settlement. American Detroit remained a tiny trade post until the Lake Erie Canal connected New York to the city, then Detroit’s European population exploded from 2,000 to 2 million in 100 years. The term “drain the swamp,” employed by the U.S.’s contemporary climate-change-denying idiot leader, President Trump, is among the most colonial of idioms. Upwards of 90% of the wetlands in coastal Southeast Michigan were drained to make way for lumber processing, industry, and people. The wetland’s ecological benefits were lost and the straits would never be the same.

Michigan’s industrial legacy began on the stumps of Michigan’s great forests. From 1820-1920, 97% of the old-growth forests were clear-cut. Settlers could buy acres of “virgin timberland” cheaply, building extreme wealth while destroying the centuries old forests. The clear-cut lands were devastated, and rains washed away the soil. It takes hundreds of years to develop one inch of topsoil. The federal government created land-grant colleges like Michigan State University to give away the ravaged, clear-cut land, and convert it for agriculture. The total value of Michigan’s lumber, the “green rush,” was higher than the value of California’s “gold rush.” The forests that were sacred, living beings, and kin became commodities.

Not incidentally, alcohol treaties were signed by Natives who were intentionally inebriated during negotiations, ceding nearly all of Michigan’s land at the dawn of the lumber era. In the 1870’s, children were forcibly removed from their homes, placed in boarding schools where they were sexually and emotionally abused, and strategically stripped of their culture and language. The land was being raped as Native children were. At the same time, barbed wire became popularly available, creating borders and the large-scale enclosure of prairies. Maybe if the United States knew more about this period of history, it wouldn’t be supporting Jair Bolsonaro, the fascist Brazilian president who is clear-cutting the Amazon and kicking Natives off of that land. Or maybe the U.S. public wouldn’t allow children to be separated from their parents and abused like in the private detention facilities in the Southwestern United States.

Once the pine ran out, capitalists began using trains to carry hardwoods that didn’t float. Secondary companies and businesses for stagecoaches, furniture, and other value-added products flourished. The money that built lumber towns like Saginaw, Bay City, and Muskegon helped jump-start the industrialization of Michigan, leading to the gilded age of American capitalism and transitioning into an economy dominated by the nascent auto industry. All of this industrial activity polluted the rivers of America, resulting in a time “when the lakes and their tributaries were considered public sewers and waste disposal lagoons . . . Dirty rivers were considered a sign of prosperity” (John Hartig). This was exacerbated by industrial agriculture, further separating people from their food, and polluting the rivers they depended on. Not even the water is sacred; it too has become a commodity.

Renaming Detroit for a day is part of the beautiful and necessary act of language and cultural preservation. Indigenous Peoples have been fighting back from annihilation with languages formed in environments that sparsely exist. While neither is gone, the damage to both has been enormous. The history of this land and its Native history is available in books and online, yet it is seldom taught in schools. Not only have Natives fought through genocide, they are regularly fighting U.S. historical amnesia. While many know these are the lands of the Anishinaabe, few know the actual name of this land we call Detroit: Waawiyatanong. Young people are taught that their history goes back to the Greeks and Romans and we can name city-states from 10,000 years ago. But many of us cannot name this land that has only been “Detroit” for 300 years. Similarly, students don’t know about the great forests and abundant wetlands that came before Detroit. The initiative to rename the city on Indigenous Peoples’ Day does not rewrite the textbooks or decolonize the land. It won’t bring back peak White Pine forests, or the wetlands that clean our water, and it certainly won’t make topsoil . . . but slowly, inch by inch, we can retake the public space that is our collective consciousness.

Antonio Cosme, a Coahuiltecan Boricua from Southwest Detroit, Michigan, is an economist, artist, educator, beekeeper with SWBeetroit, gardener with Southwest Grows, an outdoorsman, #Blacktotheland, and works at the National Wildlife Federation.