Hospitality as the Ground for the Good 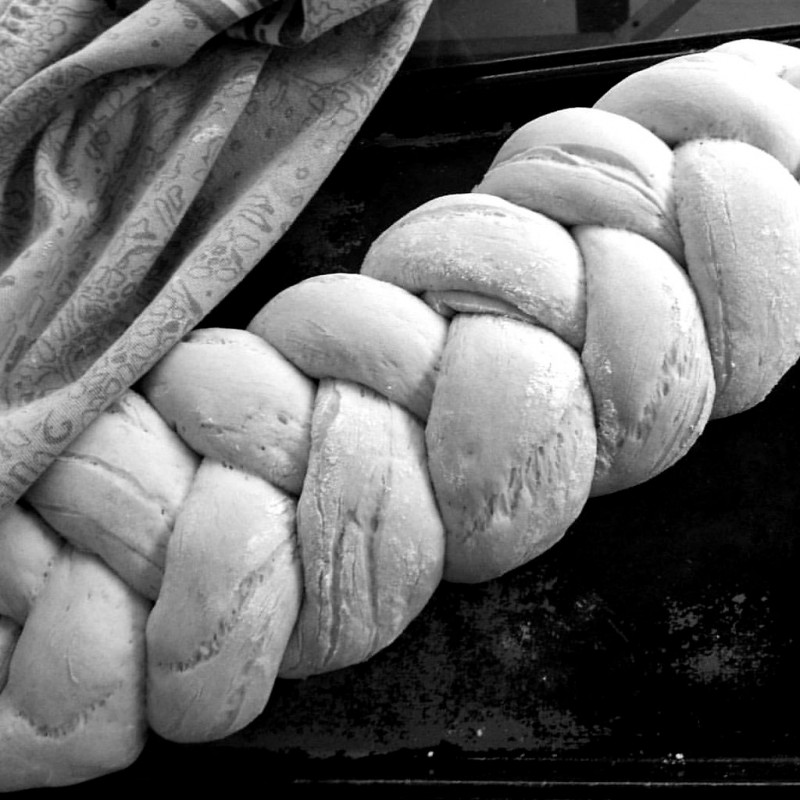 When someone says “hospitality,” what comes to mind?

Offering a cup of coffee or tea, a hot meal, a bed for the night – these are the usual answers. When we dig deeper, there’s usually an emphasis on welcome, creating a space where people feel at home, a warmth, a commitment to the other’s wellbeing.

In English, the Latin roots for the word hospitality connote two different ideas. First, the root hostis implies both guest and host, indicating a fluidity of motion between the two, a reciprocity or exchange that is expected: “I do this for you because you did this for me.” In the ancient worlds that shaped our religious traditions, the common practice was to treat guests with respect for two main reasons. Either it was an act of diplomacy as you may be a traveler in their land one day, or because there was an understanding that a guest could have been a powerful being – a god – in disguise, testing the righteous. Therefore, welcoming a guest became a sacred ritual because you just never really know who this guest sitting at your table really is or what they may be able to do for you later.

But as it always does, the use of language changed and over time hostis morphed, shifting from host and “guest” to host and “stranger,” and then later to “enemy.” So while “host” and “hospitality” still derive from hostis, so does “hostility.” Hostility and hospitality – two seemingly contradictory concepts and world views with the same root, intrinsically linked to one another.

The second idea in the Latin understanding of hospitality is the root -pet or -pot which implies mastery, identity, and competency. It is into this boundaried space – your space, not every space – over which the host has mastery and into which the guest is welcomed. Similarly, if you are a guest – it is you, not just anyone and everyone – who’s being welcomed and to whom invitation is given. Hospitality makes people feel special and seen because there is a recognition of identity and need in its practice. Hospitality is not a free-for-all, allowing for anonymity. Instead it sees and hears, recognizes and respects.

Hospitality’s potential for transformation lies in its relationship to hostility as well as in its recognition of identity and boundaries. Essentially, we can’t talk about hospitality from within this linguistic framework without understanding the always-present threat of hostility. We welcome the other as an antidote to hostility, and hospitality’s transformational power resides in the understanding that hostility was always an option but that hospitality was chosen instead. But we also practice hospitality because we understand that there needs to be boundaried, safe, welcoming spaces as respite from the hostility encountered in so many other places.

In the geographic contexts of the Abrahamic traditions of Judaism, Christianity, and Islam, the hostility of the climate shaped the religious belief and practice related to hospitality because those who live in desert climates know that to not have shelter and sustenance is to consign someone to death. The inhospitality of the land leads people who live in these areas to focus on hospitality because they understand it as a means to survival. In comparison to a “landed” or agricultural way of life, nomadic life required cooperation, neighbourly protection, and sharing of resources which informed the development of hospitality in the Abrahamic traditions. Sight of another human being (outside of one’s tribe or clan) was cause for celebration because they brought news, resources, and company outside of one’s own immediate family. In Islam, Bedouin culture informed its practice with the tradition of welcoming a stranger into one’s tent, feeding them, and offering protection for three days before asking who they were.

Hospitality in the development of the Abrahamic traditions also is rooted in early experiences of persecution and rooted in a collective identity as descendants from a heritage of resistance. All three traditions started as minority communities, enduring persecution and violence by the powers that be: Jewish exile, slavery, exodus, captivity, diaspora; Christian persecution at the hands of the Roman empire; Muslim exile to Abyssinia (Ethiopia), given protection by the Christian King Negus. Each tradition remembers an experience of being hunted, cast out, or subjugated. The early development of their theological and ethical practice saw a division between what God calls us to do and earthly rule, with our ultimate obedience to God.

From this, the ethical practice of hospitality developed in the reasoning that if we had this experience, we must care for others who are also cast out – strangers, widows, orphans, the sick, the persecuted. It is this heritage that informs the repeated refrain in the Jewish and Christian tradition: welcome the stranger “for you were once slaves [or strangers] in Egypt.” Islam’s imperative is similar in scope: God has created all of humankind and we are expected to welcome and know one another, extending hospitality marked by honour, dignity, and respect.

The French-Jewish deconstructionist philosopher Jacques Derrida says that “Hospitality is not merely one ethic among others, but ethics par excellence.” For Derrida, hospitality is the best – the most important – of all the ethics. To take Derrida’s idea further, hospitality isn’t just one tool in our ethical tool belt – and not even the best tool – but the belt from which all our other ethical tools should be hung. In our religious traditions and non-religious commitment to altruism and human rights, it is the very root of our ethics, the one thing that oversees all others and the foundation upon which all other ethics are based. When we prioritize hospitality, all the other ethics fall into a healthier, more sustainable, more self-aware place.

Hospitality is the ground for the good, the field in which our crops of goodness either thrive or die.

In my work as a public theologian and in working for a common good across religious and secular traditions, I have found that hospitality is the common prime ingredient for cultivating effective solidarity and building and sustaining a just society. To welcome the other is to be open and available to their needs, to recognize those needs and to give them legitimacy. Hospitality is the fulcrum for cultivating solidarity, the imperative for us to encounter one another and become concerned with each other’s welfare. Henri Nouwen writes in Reaching Out that hospitality is the provision of safe spaces for strangers to express their culture, to “sing their own songs, speak their own languages, [and] dance their own dances.”

As a result, the term “radical hospitality” is redundant because hospitality is already radical. It might be a gentle radicality at times, but it’s still radical and counter-cultural in a context where hostility – on a spectrum from indifference or open aggression – is the norm.

If hospitality isn’t radical, it might not be hospitality. Instead, it might be charity, entertainment, a good feed, or a bed. For whatever we do to be hospitable, the radical nature of hospitality is bound up in recognition, mutuality, justice, and solidarity. Hospitality is the yeast to justice and solidarity’s dough. The practice of hospitality obligates us to work for justice because how can we sit at a table and share a meal with someone, truly listen to and hear their stories, and not care what happens to them? If that’s not profoundly political and radical, I don’t know what is.

Jayme R. Reaves is a public theologian and Coordinator for the Centre for Encountering the Bible at Sarum College in Salisbury, England.