Nation of the Dammed

by Will Braun | Published 20th September 2011 in Social Change 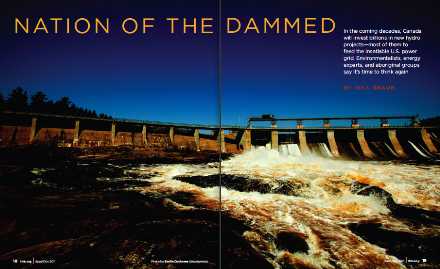 Below are links to some recent writing I have done in my part-time role with the Interfaith Task Force on Northern Hydro Development.

The Canadian hydropower industry is spending billions on hydro-electric dams, largely for export to the U.S. Will those exports of hydropower displace coal-fired generation – as industry leaders claim – or will they simply keep one of the most energy-inefficient societies in history air conditioned and re-charged while global temperatures continue to rise?