Locating Myself in a New Place 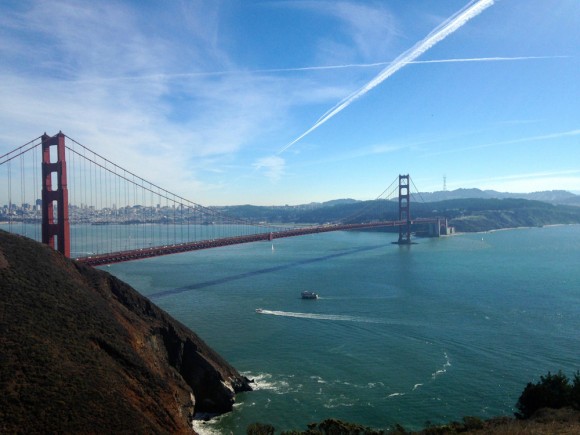 A new location
I recently moved to San Francisco, which was not a quick or easy decision (and deserves a blog post unto itself). I now live in the Mission District of San Francisco, in a community house with four other people. Our home is owned by a Mexican couple who raised their family in this house before moving south of the city. The Mission is one of the neighbourhood’s most rapidly displacing long-term residents due to an influx of people who look like me: young, white, professional.

Following the transition, one of my top priorities was to get to know the history of this place. Based on my experiences with People’s History of Elkhart, in Indiana, where I used to live, I knew it was crucial to locate my story within the broader story of a place.

How did I come to be in this place? Who was here before me? Who’s still here? Who was forced to leave? Who’s coming now? Why?

Brush up on history On my first weekend in town I found City Lights Books and picked up a few books to help in my history learning (see a complete list below). Currently I am reading Pioneer Urbanites: A Social and Cultural History of Black San Francisco by Douglas Henry Daniels, which looks at the years between 1860 – 1940. These were the years before the Great Migration from the South, which provided both opportunity but also intense disenfranchisement and oppression. Time and time again African Americans were denied jobs, training, protection, and access in virtually every aspect of city life.

As someone who believes in the importance of worker unions, I was shocked to find out that the union movement in San Francisco (one of the strongest on the west coast) entirely excluded Black people and other people of colour. Perhaps the racist history of union organizing is well known to others, but it was new to me.

And this was just one of the many systemic exclusions of Black San Franciscans, which sheds light on why San Francisco has a small (and shrinking) Black population to this day. This city, known for it’s progressivism, is also a place of great exclusion.

As I started to reflect on the different eras of history, recognizing that my learning is only in it’s beginning stages, I saw patterns. The region, filled with an abundance of natural beauty, has been at the mercy of a settler culture driven by excess. The Gold Rush was just one manifestation of a reoccurring pattern.

People have been coming to San Francisco to make fortunes (and lose them) since the first missions were established. They’ve come as rancheros, merchants, fishers/trappers, land owners, gold and silver seekers, gamblers, builders, entertainers, entrepreneurs and venture capitalists. And often these fortunes have come at a cost not seen by those in power. My point here is not to be depressing or only critical of this place. Alongside this history of colonization, exploitation, and exclusion, there have also been countless movement of resistance and hope. The African American community in the Fillmore mobilized to slow the urban renewal machine. The occupation of Alcatraz offered so much hope and shed light on the experience of Native People all over the country. The Black Panthers served breakfast to hungry neighbours in Oakland. In the ‘90s and early 2000s the Mission Anti-Displacement Coalition worked to defend the rights of residential hotel tenants, fought immigrant discrimination and evictions, and supported the creation of low-income housing.

As a new person in this place, I want to understand the history beyond the dominant culture narrative. I want the stories of the people who are continuing the struggle against injustice to be my guides, as I wrestle with the ways I have internalized the dominant system and seek liberation from it. I want to join them in the ongoing struggle for the transformation of our society.

With People’s History of Elkhart we studied a text by Martin Luther King, Jr., that became central to how we thought about movements for social change. In 1967 he wrote:

“The dispossessed of this nation – the poor, both white and Negro – live in a cruelly unjust society. They must organize a revolution against the injustice, not against the lives of the persons who are their fellow citizens, but against the structures through which the society is refusing to take means which have been called for, and which are at hand, to lift the load of poverty. The only real revolutionary, people say, is a man who has nothing to lose. There are millions of poor people in this country who have very little, or even nothing, to lose. If they can be helped to take action together, they will do so with a freedom and a power that will be a new and unsettling force in our complacent national life.”

I’m still at the beginning of this journey in the San Francisco Bay, and am so grateful for the companions I am getting to know as I root myself in this place. I have much to learn.

Although briefly, it shares about the Ohlone tribe and their longterm presence around the Bay, evidenced by massive shell mounds, among other things. It also noted the animals and plants that were native to the region in abundance.

Given my relationship with Willie, I knew I could trust the analysis of the book around such a contentious topic in San Francisco. I was especially challenged by the third chapter, “They Plan for Profit, We Plan for People: Local Politics and International Conversations in the Mission District.”

It tells the story of this neighbourhood in raw terms, motivating me with a growing consciousness. Where do I spend my money? How is my Spanish? (not good) Where are the places that I can learn from and be in solidarity with the organizers who are present here?

This federal program was also implemented in Elkhart, and in many cities across the country, which I learned doing research with People’s History of Elkhart. In many places it became known as “Negro Removal.”