by Allison Zacharias | Published 27th May 2016 in Ways of Seeing 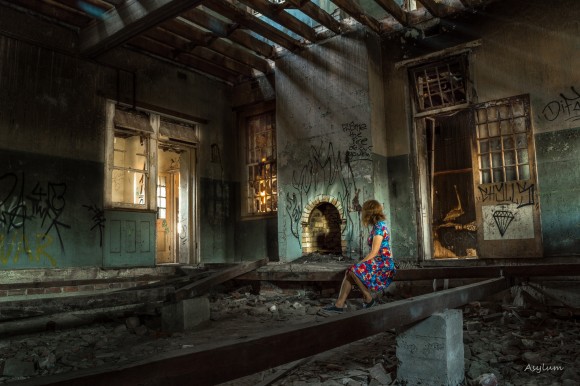 “I was feeling depressed, so I treated myself to ice cream last night.”
“I’m so OCD about keeping my car clean.”

I used to talk like this until I realized the negative impact my words were having. In my teenage years to early 20s I worked closely with young people through a church youth program as a youth mentor. During this time, I grew close to young people who shared with me their struggles with eating disorders, learning disabilities, depression, and anxiety. Since then, I have been sensitive to how I speak about mental health and mental health illness. When I hear others misuse these terms like the statements above, I believe it to be a sign that as a society we haven’t fully grasped how stigma is constructed and deconstructed.

An article, published a couple of years ago, in The Atlantic stated that social media is redefining depression. Its author, Anne-Sophie Bine, argues, “This online cultivation of beautiful sadness is easy to join: anyone can take a picture, turn it black and white, pair it with a quote about misunderstood turmoil, and automatically be gratified with compassion and pity. And this readily accessible sea of dark poetry could easily drown out those whose suffering has reached the clinical level.” Bine may have been referring to a photographic trend on social media, but she had her finger on the pulse of an issue largely based in language. By misusing and mislabelling our emotions in terms of mental health issues we are diluting the meaning of those words.

Watered down meaning
When we use words in watered down ways we are subversively changing their meanings, and when we use diluted versions of terms like depression, OCD, and anxiety we are contributing to mental health stigma because stigma, and the negative stereotypes that create it, are constructed through language.

If we don’t question statements like those above, we are contributing to a negative stereotype based in a systemized use of language that assumes normative ways of being in a society where normal means able-bodied, white, middle class, male. (For a comment on how language contributes to such systems, read Why I worry about words by Geez magazine’s associate editor Tim Runtz.)

To disrupt stigma, we need to analyze and question the language that constructed it. When we equate our emotions of sadness and hurt with depression, we are implying that depression is fleeting and can be “treated” with something that makes you feel happy, rather than it being a complex issue that affects a person’s mood and behaviour beyond a day or two. When we equate a penchant for tidiness as being obsessive-compulsive, we are sending the message that Obsessive-Compulsive Disorder (OCD) is merely a heightened preference for order rather than a persistent and crippling need to perform the same behaviour, like hand-washing, over and over again.

Language reveals our perceptions, whether accurate or not
Any time we use language that incorrectly portrays mental health illness, we are perpetuating the stigma that these mental health illnesses do not have clinical solutions, and, on a deeper level, are not real struggles. I remember saying to a young person who was beginning to realize their struggle with depressive episodes to “do something you love” when she felt sad. I could have encouraged her to seek professional help but I thought depression was something you eventually just “get over”. I realize my mistake now. In order to recognize this, it took putting my own assumptions about mental health illness aside and listening to the stories of those who, from firsthand experience, know what it is like.

I think listening to others’ stories about mental health experiences will help combat negative stigma because it tunes us in to the meanings mental health terms carry. We need to say, “Work was really hard yesterday so I bought myself a treat,” or “I really like to keep my car clean,” in order to disrupt a systemized use of language and erase a stigma. Rather than adding to the struggle those with mental health illness face, we should adjust our language, so that when we hear words like depression, anxiety, and OCD, we know someone is being serious.

In the Spring 2014 issue of Geez (number 33, Disability and Ableism) there are stories of people who have been oppressed by language that stigmatizes not only mental health but also disability. Together, we can disrupt the normative view that oppresses them by reading their stories and learning about their experiences.

Allison Zacharias is a summer intern at Geez. She lives in Winnipeg, Manitoba.