Peace starts with the socks

I know a thing or two about peace.

It nearly caused me to get my second divorce.

My pastor husband considers himself to be a “peace-maker.” At least that’s what his Facebook page says, and you know if it’s on Facebook it must be true. My Facebook page says I work at Starbucks. It’s an honorary title, bestowed upon me by the baristas because I come in so much.

You can imagine what a disaster it is to be married to someone who considers themselves to be a peacemaker. How much fun it must be to argue with them. How many apologies you must receive from someone so peaceful.

He honestly thinks that things like peace in the Middle East are possible, yet he doesn’t understand how to make peace with all the unmatched socks.

You see, the Pastor thought he could figure out some sort of system for doing laundry, something I must have overlooked, to isolate the mismatched socks.

I don’t have a PhD or a few master’s degrees, nor have I done any postgraduate work in the field of lost socks. But this I know for sure: you will never figure it out. 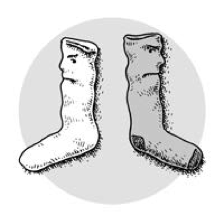 On top of the natural order for socks, we have kids who go back and forth between different houses. They don’t come to our house with matched socks on their feet. Then when they leave, they take one of those precious pairs of matched socks, and those disappear into another kind of black hole entirely.

Even our socks are divorced and remarried to other socks.

It was entertaining to watch the Pastor after the next go-round of laundry, dumping out all the socks and enlisting the help of the kids to match them. You could see his blood pressure rise with every stray sock that remained in spite of his efforts.

Maybe I’d care more about this if I even wore socks, but I don’t and I never will. It’s like whatever is going on in the Middle East: when it comes down to it, does it really affect me? Can I do anything about it?

But arguing about the socks was not the worst fight we ever had. We saved the single biggest fight of our marriage for when we were separated by 8,543 miles.

Two years ago, the Pastor went to earn a peace certificate from a university in Thailand. What this amounted to was him being gone for a three-month stretch. Someday he may very well bring peace to the world because of these studies, but as a couple we probably would have fared better if he had opted for refrigerator repair school.

I was mad that I had to stay home. I used the time he was away studying Peace and Conflict Resolution to practice the art of War and Conflict Institution
with a specialization in Marital Strife.

Unlike the Pastor trying to match the socks, I was really good at it. 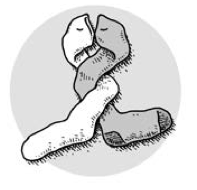 Here’s what I learned from my intensive study: it turns out the Pastor’s peace-making skills were actually intended to be applied on a more global scale. It turns out the best way to communicate during marriage-defining moments is not Skype, Skype chat, email, email chat, text message, email sent as text message, voicemail transcribed into text message, YouTube video, Facebook chat, Facebook or Google Circles.

Looking back now, video was my absolute favourite. What a wonderful, one-sided thing to do – send someone a video of you being pissed off at them that forces them to make their own one-sided masterpiece. We were like terrorists claiming responsibility for an attack.

It turns out if you are going to make your husband really, really mad, it might be good to do it when he’s been hanging around a bunch of Buddhists and some of that deep breathing and meditation has rubbed off.

We finally kissed and made up, as best as we could from 12 time zones away.

Two years later, we don’t speak of our summer of strife. It’s like Beetlejuice or Voldemort or the Vietnam War. Our marriage made it through, and we are still together – a fine, matched pair. The socks, however, have not fared nearly as well and remain in a constant state of solitude and conflict.