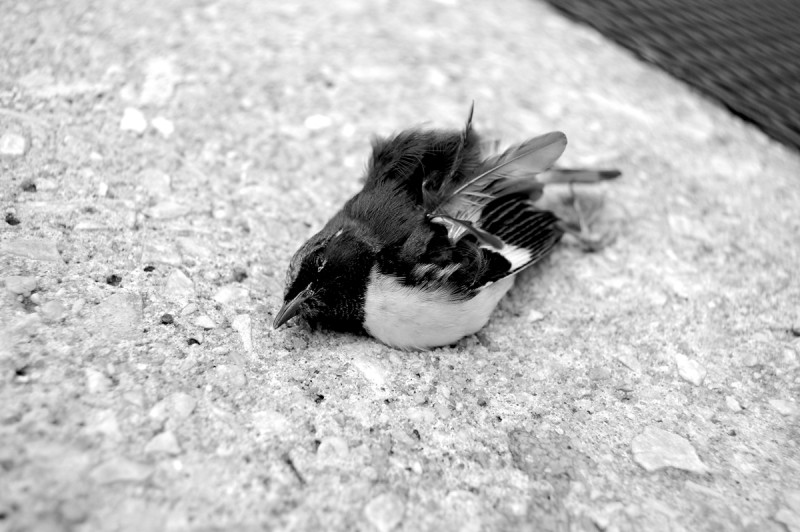 Male black-throated blue warbler on the sidewalk on the way to the natural science museum, of all places. Credit: John Donges (link below)

If only the wind would whistle through wings.

The bird’s body is too soft. The pavement has bent the feathers upwards, and the final twitches of claws are strange. A thousand miles of flight becomes fleeting inches. A discarded cigarette butt barely misses the dull eyes.

In this city, there are two kinds of birdwatching: scouring for death and overlooking.

The flock of black-throated blue warblers guided themselves by starlight. Another winter survived in the West Indies, and they were soon tired from crossing the open water to reach the Mississippi Flyway. But they had always known how to trust this distance, this pilgrimage of plumage sung in an ancient tempo.

Up ahead, the city glows with stuck light. A rumbling engine making its way north on Lake Shore Drive cuts through the white noise, and the birds reach the lake by ceaseless instinct. The relentless roar soon drowns out the echo of this bird’s last song.

Behind the windows of a high rise across from Trump Tower, where the bird plummeted to its death, Amazon packages will pile up in the lobby, where a curated corner of tropical plants threatens to lull another flock. The rest of the warblers have continued north to find food in shrubs.

In the flattened pages of the prairie, the buildings jut like a bookmark. “People will flock here for the water,” goes the anxious refrain. Here, hold this space for later. Flood engulfs the region’s quilt, and another river of birds arrives in formation. Flyover country.

An oak tree in bloom too early blocks the view of the dead bird on the sidewalk. Suspended in its branches, a plastic bag struggles to unsnag itself. A gull snatches what remains of the warbler, proud feathers flittering as it climbs higher in the sky. Below, the trail of ants stays, confused.

Midday sun fills the lungs of the streets. One more gust is heavy enough and the bag is lifted – light enough for a gasp, infinite creases coasting in its sheen, a belly of dead light.

Amelia Diehl is a writer, musician, and organizer in Chicago, Illinois via Ann Arbor, Michigan. She has written for In These Times magazine and protested at the United Nations climate talks.

Image credit: Male black-throated blue warbler on the sidewalk on the way to the natural science museum, of all places. September 30, 2011, John Donges CC, flickr.com/mendrakis. 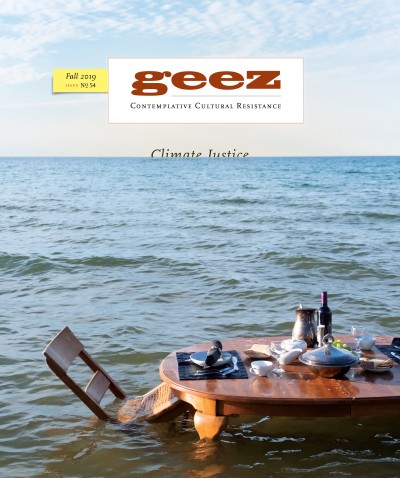