The Land Calls Us Back: Advent Reflection by Mike Boucher 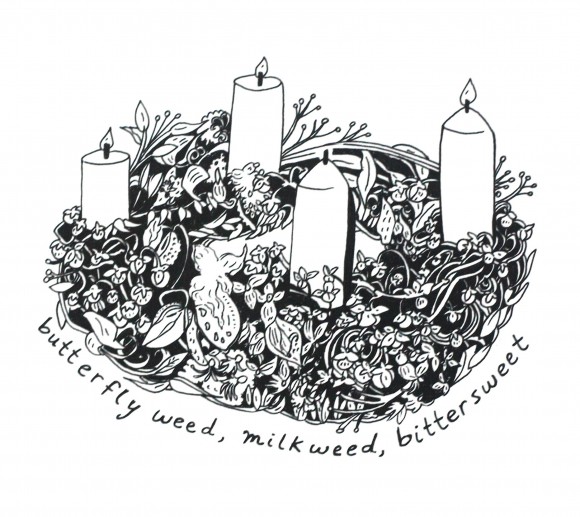 “The desert and the parched land will exult [and] the steppe will rejoice and bloom…Those whom the LORD has ransomed will return and enter Zion singing…” – Isaiah 35: 1, 6

To most ears, the words from Isaiah 35 that we read in our 3rd week of Advent are given, at best, metaphoric importance. At worst (and most generally) they are considered quaint platitudes because our modern sensibilities would never view the “land” as having any agency or consciousness whatsoever.

Isaiah, however, re-places us with this passage. The land does, in fact, take sides. It has a memory. And the promise portended in Isaiah is not of some rapture of souls taken off the earth. Rather, as Debra Dean Murphy says, “it’s land reform!”

Isaiah tells us that us in order to prepare for the coming of God, our task is to, “strengthen the hands that are feeble, make firm the knees that are weak, [and to] say to those whose hearts are frightened: Be strong, fear not!”

It might be worthwhile to pause and reflect upon all those in our midst whose hands have been rendered feeble, whose knees have been made weak and whose lives have been filled with fear and anxiety. But God’s people are not weak, feeble and afraid because there is something deficient about them. It is the systems that do this to people. Systems that we participate in. Systems that we consent to. Systems that we are subject to. And these modern domination systems that benefit a few at the cost of so many continue to crush people at an unflinching pace. Furthermore our cultural addictions to “oil, war and empire” become nearly impossible to heal because they are so routinely normalized.

The weakened and fearful are the ones we must turn to for guidance and instruction because their release from captivity holds the key for all of us.

In one of the verses of the gospel hymn I’m Gonna Sit at the Welcome Table, the narrator says, “I’m gonna tell God how you treated me…” This verse has always haunted me and even more so now. I think of Wendell Berry’s words that “nature is party to all our deals and decisions, and she has more votes, a longer memory, and a sterner sense of justice than we do.” It is not only the poor, the oppressed and the disenfranchised who will tell God how we treated them, but the land will tell the story also. And God will listen.

During this Advent season, may we pause long enough to hear our land calling us back into right relationship.