by Allison Zacharias | Published 12th June 2016 in Ways of Seeing 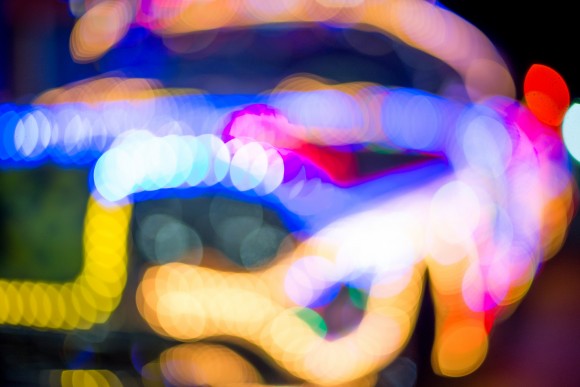 I found the concept of prophecy difficult to grasp as a young Christian part of an evangelical Mennonite church. Prophecy was something only God could bestow. If you received a word of prophecy, you were special and were set apart from others. Like John on the island of Patmos in the book of Revelation who received visions from God about the second coming of Jesus. How John received such a prophecy was beyond my understanding, but my faith required me to accept it without question. When I began to take prophecy as simply divined by God, I became anxious about what John’s prophecy meant for me. John’s prophecy made me fearful of God and of the so-called end times. It wasn’t until I began to deconstruct these assumptions that my fear began to dissipate. When I encountered a new definition of prophecy, that fear disappeared altogether.

Recently, I began reading “The Prophetic Imagination” by Walter Brueggemann after the editor here at Geez magazine recommended it. I was hesitant to read more on prophecy, but once I read Brueggemann’s explanation my curiosity was piqued.

Writer Bre Woligroski exemplifies Brueggemann’s perspective of prophecy in the utopia issue of Geez (number 25, Envision the World Liberated) by criticizing the society we live in, then offering an alternative community consciousness that she believes would liberate us.

Woligroski writes, “…I see every day how our globalized system of greed and exploitation is killing our collective soul. Something is amiss when Adam Smith’s invisible hand is considered our society’s moral compass. Wealth is not an ethical concept or way of being; neither is ignorance or subservience.” Instead, Woligroski sees freedom from such systems when society is organized into “agrarian-based communities with no monarchist or colonial hierarchies or philosophies.”

By criticizing the current dominant culture, Woligroski identifies a wrong that needs to be set right. In order to do so, she offers an alternative solution to an oppressive capitalist system. She has a vision of hope through agrarian-based communities where people are growing “food together, getting together for some kick-ass barn raisings, sharing resources without thoughts of hoarding or exploitation… Communities of people who work together and who deeply realize their interconnectedness to each other and to the earth.”

Woligroski has offered a prophetic word because her writing evokes a consciousness and perception alternative to the dominant culture, something Brueggemann sees as essential to prophecy.

Inspired by this new understanding, I feel I can shed the assumption that prophecy requires divinity in favour of Brueggemann’s prophetic imagination. I’m not yet finished his book, but I look forward to reading more in order to further expand my understanding of the prophetic word.

You can read Woligroski’s full piece on Geez.

Allison Zacharias is a summer intern at Geez.She lives in Winnipeg, Manitoba.