Flailing Feminist Part 1: What the Heck am I Doing? 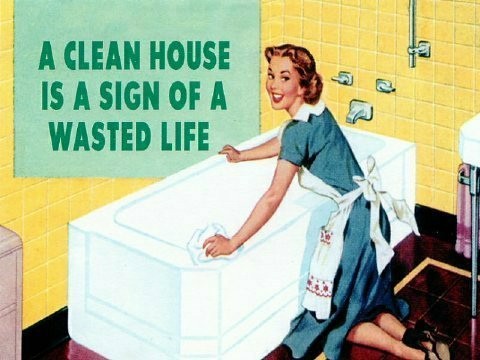 When I interviewed for my position at Geez, the last question Aiden (Geez editor) asked me was if I was a feminist. My answer was something like, “uh, I guess? Because I think that women should be paid the same as men and not do all the housework?” (question marks totally intentional).

The reality is, I really hadn’t thought about it.

Some background about me: I grew up Conservative Evangelical, reading Left Behind, a lot of Frank Peretti, and listening to only Christian music (Jars of Clay anyone?). My church culture was one that upheld traditional gender roles; women could teach Sunday school and take care of the kids or lead worship, but couldn’t preach or serve as elders. If I thought about feminism at all I had the idea that it meant “women hating men.”

Then I went to a university that introduced me to a lot of new ideas and challenged the perspectives I’d grown up with. Once, I used the term “mankind” in an essay and my professor returned it with the comment that I should use “humanity” instead. I didn’t quite get it. But, I spent six years studying and engaging in discussion, and my theology shifted. I now consider myself Anglican, and attend a liberal church. While I’m probably not very radical to some, there’s definitely a radical difference in who I am now compared to who I was. But, I still wouldn’t have called myself a feminist.

Since starting at Geez I’ve been putting some thought into that. Why have I never considered it before? If you’re looking at its most basic form, I’m a feminist. Do I believe that men and women have equal value? Yes. Do I believe in equal pay for equal work? Of course. What about less rigid gender roles? Absolutely. I have always believed these things. But, my feminism doesn’t go much beyond that.

So, I’ve undertaken a little project: I’m reading everything I possibly can about feminism to figure out who “Kyla the feminist” actually is, and writing about my discoveries along the way. I want to know just how patriarchy has been ingrained in the church (and pretty much every society), and how it’s still in play today. I want to learn about being a feminist in everyday life. And I want to know how feminism and Christianity intersect.

I’ve had a pretty good start I think, though my reading, admittedly, has been mostly at the introductory level. I’ve found the blog entries at Everyday Feminism to be especially helpful. The most important thing I’ve learned so far is that feminism is not something to fear, that it won’t turn me into some angry man-hater (though it is okay to get angry). This by itself is enough to open me up to deeper study and understanding. I have a long way to go, and many things to work through, but I’m looking forward to seeing what else there is to explore.

Do any of you seasoned pros have questions/comments/advice/reading materials for this flailing feminist? Let me know in the comments or email me at kyla[at]geezmagazine.org. And stay tuned for more posts in this series.

Kyla Neufeld is a poet and the Managing Editor at Geez. She lives in Winnipeg, Manitoba.