Compassionate thoughts from a good doctor 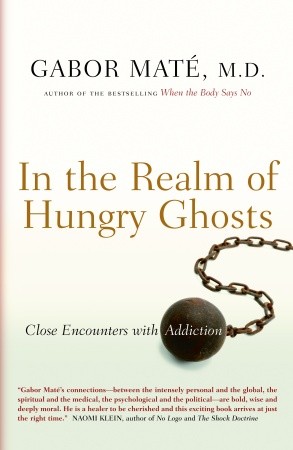 For every politician seeking election this season, I recommend Gabor Maté‘s book, In the Realm of Hungry Ghosts (Toronto: Knopf, 2008). It offers a compassionate view of troubles affecting the core areas of North America’s major cities.

Maté is a doctor in Vancouver’s downtown eastside, a community of concentrated poverty and drug addiction, sometimes described as Canada’s poorest postal code, and this book, like the doctor himself, does good work. Maté re-humanizes his patients, telling their beautiful, fallibile, sensitive, sorrowful and complex stories, and showing that “addicts” are no more of a homogenous category than “women.” He chips away at the artificial distinction between “us” and “them” by revealing his own struggles with addictive behaviour. There is plenty of common ground and room for reflection here.

Maté argues that addiction is largely a matter of brain chemistry and brain development, not simply a matter of people making bad choices or being genetically predisposed to addiction. Stresses on the mother, strife in a relationship, abuse, neglect – all of these directly affect childhood brain development, before the child is born and during the first few years of his or her life. Maté is not trying to suggest that every addict can simply blame their parents or otherwise deflect responsibility for their actions, but he does show that addiction is a deeply complex problem.

Maté also makes clear links between social structures and addictive behaviour. He strongly supports Insite, Vancouver’s safe injection site, not out of mere sentiment but because it saves lives, and he sees the War on Drugs as an expensive, unwinnable war on a nation’s own citizens. His suggestions for how to approach the systemic issues around addiction, including decriminalization of possession for personal use, might not be perfect, but his ideas come from active, involved care for those most affected by the laws.

This is a deeply compassionate book and a wise, thoughtful antidote to the ideology that continuously backs the “tough on crime” talk.