Salted the Nile with Her Tears 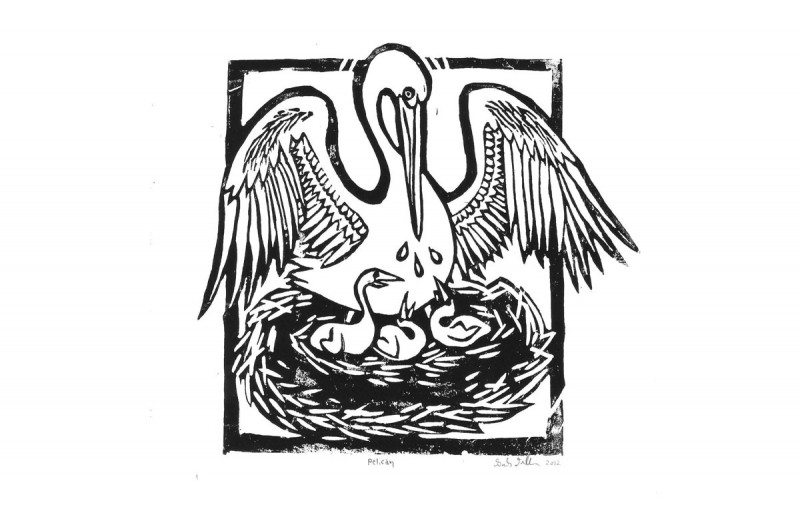 A cry broke the early morning silence and interrupted the royal daughter’s bath.

Already knee-deep in the river, she knew instantly that it was a Hebrew baby. On the opposite shore a mother, exhausted from the crossing, dragged her wet body out of the river and collapsed – arms now empty.

As an adopted child, I grew up mesmerized by Moses with only a cursory interest in his mothers. Sunday school lessons didn’t help, offering a sentimentalized characterization of these women – the one who let go and the other who saved the boy through adoption. But as I grew, so did my understanding of the mothers. I learned their story existed against a socio-political backdrop complete with hard edges and harder choices.

Scripture named Jochebed as the woman who conceived and delivered the child, one of many Hebrew women who braved birth under duress. When she saw her son for the first time, she recognized all of creation’s goodness in his face. This isn’t the testimony of the empire, but she knew that each child carried the divine likeness. She hid him as long as she could; she savored his giggles as she sang him liberation lullabies under a pale moon. She pondered night after night, “How can we outsmart Pharaoh’s death squads?”

Soon her son grew loud and mobile beyond her ability to conceal him. When washing her clothes at the river’s edge, she’d scan the horizon, always searching. How to get him safely out when they are cornered? As she scrubbed, the only thing that broke her concentration was a woman across the river. She often walked the shore alone, unlike the others who drowned out the birdsong with their royal frolicking.

It dawned on her – this woman might be my only hope. If I could get my son into her hands, would she find a way forward for him? An audacious thought borne of desperation – the oppressed have few good options for their sons. That very day Jochebed constructed an ark-like raft and carried him across the river. She placed the boy in the thicket of reeds, in the path of the other woman. She salted the Nile with her tears as she swam back toward the brickyards, brokenhearted and bereft.

Her risk was rewarded when Bithiah, a daughter of the Pharaoh, lifted the boy out of the water. Holding him, instead of drowning him, was her first act of defiance. Agreeing to a wet-nurse contract would be next. She knew that across the river there were women without children, but with milk in their breasts. This began an unlikely and risk-laden partnership, these two women exchanging childcare, milk, and money to keep the child alive. They not only negotiated the waters of the Nile, but the injustices that divided their communities.

A few years later the boy was weaned and Jochebed made her final river crossing to relinquish him one last time. Bithiah named him, which is to say that she adopted him. Despite the risks, she preserved his identity as both Hebrew and Egyptian. She raised Moses with a sense of justice even as he grew in the privileged halls of Pharaoh’s palace.

I entered motherhood like Bithiah, adopting two babies from Burundi orphaned by disease and poverty. Two women relinquished, one woman adopted, all of us mothered. We did our best in the face of injustice and we did it together.

This is a survival narrative as much as a liberation story. It is a picture of painful loss, unlikely trust, constant risk and solidarity. Mothers work in tandem against all odds for the sake of survival. The mothers of Moses show us that injustice births relinquishment, and oppression cries out for subversive action. They demonstrate the necessity of solidarity with those unlike us – and maybe even a threat to us – in order for our children to survive the death edicts of our day.

Kelley Nikondeha is chief storyteller and co-director for Communities of Hope in Burundi. She is the author of Adopted: The Sacrament of Belonging in a Fractured World (Eerdmans). She splits her time between Arizona and Burundi, Africa. Her grandmother called her angel girl.