Review of Pillar of Fire by Joyce Hollyday 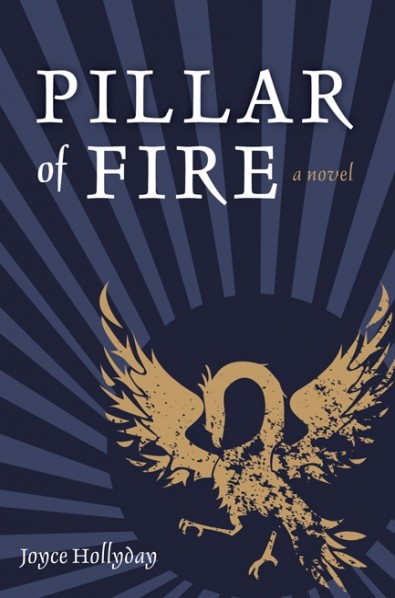 Pillar of Fire by Joyce Hollyday

Can we have a story with all the immersive medieval detail—from herb-strewn floors to falconers to feast days— of Kristin Lavransdatter but with none of the tiresome obsession with sexual sin? Can we enter a world with the depth of history of Lord of the Rings without the racist overtones and dearth of female characters? Can we readers have a vision of “The Mended Wood” as cast by S.D. Smith in The Green Ember without buying into the myth of redemptive violence? Can we have a story of risk and companionship written by somebody who knows something about living in community? And can we please have a discipleship story that centers the experience of women?

If your wishlist looks anything like mine, then Merry Christmas to us, because Joyce Hollyday has spun us a satisfying tale in her newly released book, Pillar of Fire. Here’s a sweeping yet intimate story of the witness of the medieval Beguines, a sort of precursor to the modern Catholic Worker movement, with lay-run houses of hospitality and resistance, which takes place a thousand years after Jesus confronted the powers and a thousand years before our own time of plague and uncertainty. The plot centers around Clarissa, a young runaway-turned-mystic modeled after the real Beguine Marguerite Porete who was burned at the stake for her refusal to recant her “heretical” mystical writings. After you finish Pillar of Fire, you’ll want to read up on her story, and the story of the Beguines more generally. Introducing these long-obscured histories to North Americans in particular is the great good gift of this book.

Hollyday’s task in this novel is a big one; it’s a tall order to enter a world so foreign, explain the politics and worldview at play, and keep the plot moving at the same time. Sometimes the characters seem like mouthpieces for modern understandings in ways that might stretch believability: (“Real truth,” the wise abbot said, “is always big enough to recognize that there is more than one truth.”) And sometimes characters seem like tour guides reciting historical tidbits in order to catch the reader up to speed (“‘The ancient Egyptians made portraits of their dead by applying hot beeswax colored with pigment to panels of wood,’ explained Matthias in a whisper…‘Saint Catherine’s Monastery is a center for the development of this rare and beautiful hybrid art form, the stunning result of a blending of Christian images and Muslim genius.’”) Luckily, though, the historical content like this is fascinating, and the exercise of imagining back in time with fresh eyes invites us to engage in a kind of speculative fan fiction, a midrash on women’s lives otherwise lost to time and patriarchy. Moreover, within the narrative, Pillar of Fire offers a playbook for seasonal ritual with Bible study and reflection you’ll long to share in community.

I couldn’t help reading the story with Resmaa Menakem’s analysis from My Grandmother’s Hands: Racialized Trauma and the Pathway to Mending our Hearts and Bodies fresh in my mind. Menakem sees “white body supremacy” as an expression of trauma dating back at least to the brutality of the middle ages in Europe. Entering Clarissa’s world made draw the lines from the repression and ideological control of medieval institutions to the moment we find ourselves in today. And that’s just one way this story offers a mirror for our own times. We can also recognize the dynamics of community life, the power of hospitality, and finally and gut-wrenchingly, the cost of discipleship.

As I neared the end of the book, the list of people I wanted to share it with grew, from young teens in my life to Catholic Worker friends to aging church reform activists to lapsed Christians to practicing pagans. The fact that my mental list kept growing recommends this story. May we read it and keep our courage up.