by Josh Campbell | Published 1st March 2017 in Ways of Seeing 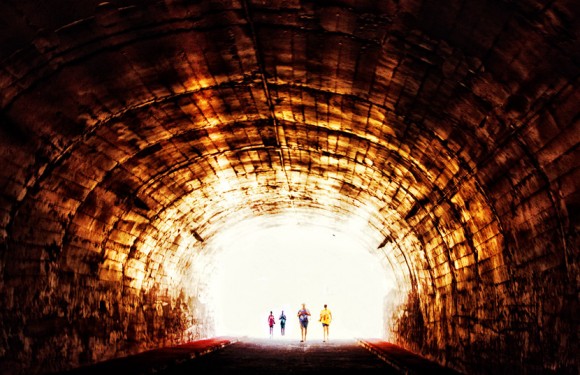 While at a graduate school of journalism, Josh Campbell sought new ways to frame his evangelical influences. The result was a feature article in the University of Regina’s online magazine, The Crow. What follows is an excerpt of the piece called, “Fog on the Mountain.” For a link to the entire article, see the link at the bottom.

Excerpt from “Fog on the Mountain” by Josh Campbell

The church was instrumental in creating the status quo,” says Fraser. “It provided the framework that allowed economic and social hierarchies that allowed colonialism and environmental exploitation. How does the church begin to question something which it helped bring into existence?” One of the things Fraser finds really intriguing is how Christianity can point out how nice church-going people can be the cause of big systemic injustice. He cites St. Paul in his letter to the Romans: “I don’t understand why I act the way I do. I don’t do what I know is right, I do the things I hate.” Some church leaders relate this passage to foibles like watching Internet pornography or drinking too much coffee. But Fraser wonders if St. Paul could be referring to his unquestionable participation in a system that exploits and destroys others.

Fraser points to the “pyro-theology” of Peter Rollins, an Irish theologian who uses contemporary culture to help explain biblical truths. Using Batman, Rollins explains how, like the church, Bruce Wayne does for Gotham City that which makes him feel good and brave. All of the money he spends on sophisticated equipment to fight crime could have easily gone into setting up free health care, public education and campaigning for radically different socio-political structures. Such alternative actions may not have stopped the Joker, but might have stopped his henchmen, who were just looking for means to feed their families and send their kids to college (a Batman sequel perhaps?).

Adjusting my backpack, I looked up to one of Ireland’s tallest peaks, Mount Brandon, or Noc Breinnan. Named after St. Brendan the Navigator, the peak of Mount Brandon is the climax of an ancient pilgrimage. After climbing some smaller hills I arrived at the base, which is marked by a Marian Grotto. Ascending the lush green pathway I saw a low lying cloud had begun to descend and blanket the mountain.

Slowly I entered the heavy Irish fog, my only guides being white post markers. After climbing for what seemed like hours, I came to a point where I knew I had to turn back. It would soon be dark and I didn’t have a flashlight. While disappointed that I didn’t make it to the top, a subsequent reflection on my pilgrimage brought about a powerful truth.

If we are really honest with ourselves, most of the answers to life’s biggest questions are shrouded in a dense fog. Instead of scrambling for clarity to find the “right path,” there can be such a beauty found in embracing the mystery that is our lives. This embrace doesn’t mean that one doesn’t seek answers, but rather that one accepts that right and wrong answers may not always be there. Accepting this truth has brought much freedom to my life and my faith. It has also impacted me as a learner. Instead of closing my mind to different perspectives, mystery has encouraged me to consider many different possibilities and viewpoints.

It kind of reminds me of a small section from the Prayer of St. Francis of Assisi: “May I not so much seek to be understood as to understand.” Think of how much better our world, our churches, and, even Batman would be, if we really sought to understand each other’s perspectives as much as we want our own understood.”

You can read the article in its entirety on page 45 of The Crow magazine. For those who may be interested, Josh also documented some of his travels on film, see a trailer here.