In defence of voter apathy 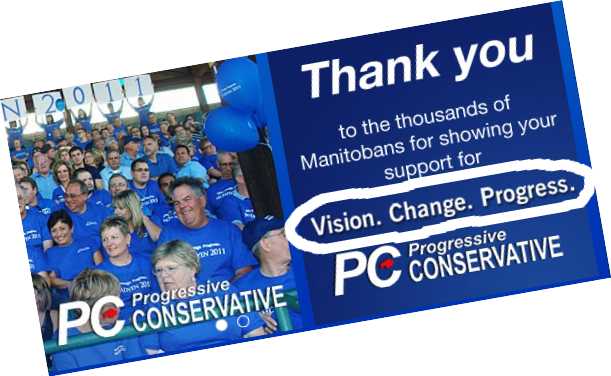 An example of the profound messages that are supposed to get voters to the polling station. (From pcmanitoba.com)

I have voted in every civic, provincial and federal election I could since my 18th birthday. Not to do so, I thought, would have been to take democratic freedom for granted, to abdicate my responsibility as a citizen. But on Tuesday, as my fellow Manitobans went to the polls, I stayed home.

I wasn’t too busy. I didn’t forget. I wasn’t even one of those principled abstainers who dutifully spoil a ballot in vague protest. I just didn’t bother voting.

A couple of weeks ago, as the inanity and acrimony of our provincial election campaign wore on, I realized that I no longer accept the popular doctrine that good citizens are obliged to vote regardless of all other factors, or that voting is as central to democracy as the “get out the vote” proponents seem to believe.

Read the rest of the story at HuffPo here.