When all is lost, what is found? 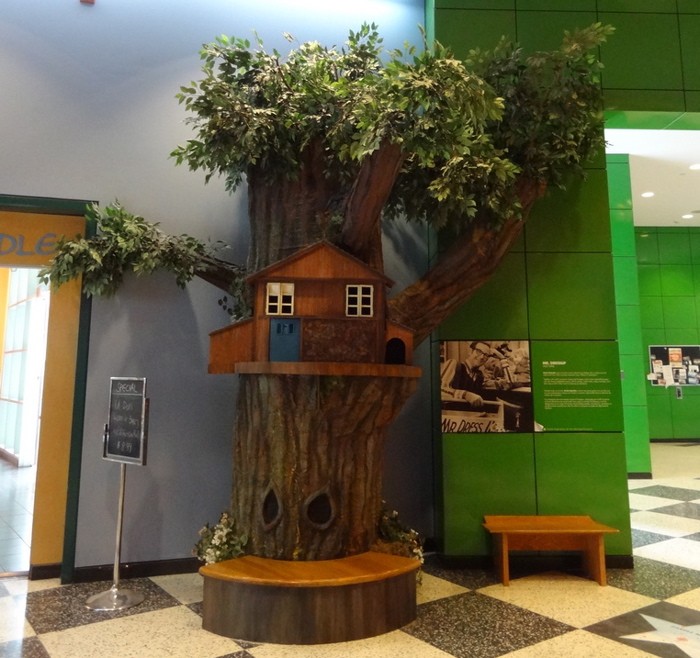 I stand at the foot of Mr. Dressup’s tree house at CBC Toronto.

It’s taller than I remember from TV.

I stand before the tickle trunk in a trance. The yellow horse pogo stick.

I am on the streetcar. My heart happy, on high. My backpack is heavy. Green and so heavy. My hat is blue and could not be cooler. I leave for London tonight. The plane ticket somewhere inside the green backpack.

A computer, Air, is in there. So is a Galaxy phone. Socks, a power cord. A book: The Art of Letting Go.

Yes I leave the backpack and all I believe to be in it.

I am on Huron Street visiting a friend. A priest (or would be). I knock on the door. Why am I so light? Ask my legs.

I lost my backpack. Subway maybe.

There is silence while all the lost things swirl through my mind in cosmic windstorm: Air. Galaxy. Socks. Power cord. Letting Go.

A woman smiles at me. The train arrives.

A woman smiles at me.

My legs turn to water. Lake-like I perch in the Huron kitchen. It is dimly lit. A kitchen of people who have not just lost all. Perhaps if I sit here, still, all the things I have ever lost will slowly pass through this room like an airport conveyer belt.

And my heart? It beats oddly.

What do you want to do?

I don’t know, I say, sort of sinking down the kitchen. I am falling. Up. Like a balloon. (Wasn’t that in Art of Letting Go, too?)

I recall the Rilke poem, do not be afraid to be heavy. For the sea herself is heavy.

I rest in someone’s arms. This time not my own. Who? God knows.

He had a sweet smile and gentle eyes. I loved the way he leaned on the tree, one hand on his hips. I loved the way his jeans wrinkled around the knees. He was who he was and no one besides. Nothing too wild. Nothing for the sake of it. Nor for the look of it. He was attentive to friends, no matter what they spilt, lost or dripped. Mr. Dressup stood at the bus stop with you. He looked for things with you.

Mr. Dressup did what Jesus did.

Ever notice how the more anyone messed up, the happier he was? It was more than simple on-air camaraderie between puppets and people. It was real. Dressup could see all that was beautiful below your puppet skin. He rested your soul through the arrangement of gentle activities.

We are back in the subway. Looking. Asking. Green backpack. Green backpack. Spadina to Bay, nothing. All is rush of trains, booms of hydraulics, push of people. The mad, the hurried, the harried, the resigned, the occasionally cool, all just wanting to get home, to rise up an escalator. Rest.

It is Easter weekend. Jesus is risen and everything’s closed. At Bay below Bloor, we wait for word from Lost and Found. Where everything, sooner or later, falls through.

We sit on a bench between trains. The sounds of revs and slows make me queasy. Every train the one that got away. That separate me from my Air, my Galaxy.

He pulls out a book of poetry: Seamus Heaney. The poem is about Saint Kevin. Who held his arm out a window for a blackbird to nest.

I think of Mr. Dressup in his tree. I think of Jesus on his cross. A poet at his desk. I barely hear the words amidst the vibrations of trains but there is the poem. There is the poem being read.

When all is lost, what is found?

At the end of the poem the bird’s still in the nest.

Veronica Gaylie is a writer and teacher from Vancouver, B.C., with publications in various magazines including Geez, Geist, Grain, Ditch, Room, Carte Blanche and Filling Station.